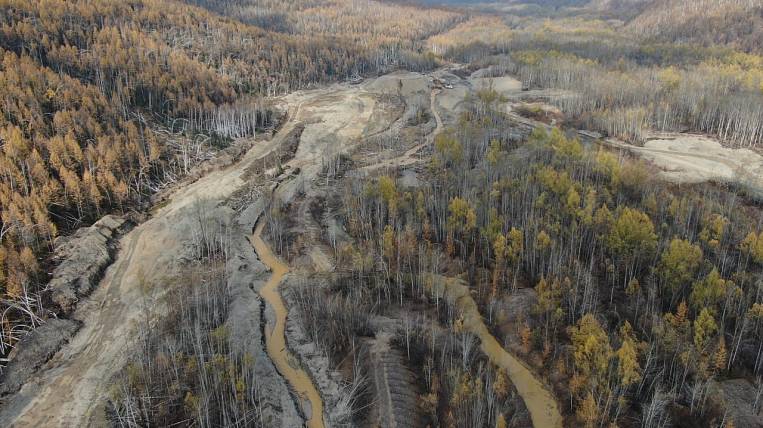 Photo: rpn.gov.ru
Special project Ecology of the East of Russia

In the Amur Region, placer gold miners caused damage to the Maly Karaurak River in the amount of 196,5 million rubles. The amount of suspended solids in water samples was 80 times higher than the norm.

According to the press service of Rosprirodnadzor, an activist of the environmental coalition "Rivers without Borders" contacted the department in September 2020. At the same time, they began an investigation of the administrative case against the company "Tri P" LLC, which has a license for gold mining in this area.

Water samples were taken from field checks. The average amount of suspended solids in the river downstream of the work site exceeded the permissible standards from samples taken upstream by more than 80 times. Rosprirodnadzor estimated such damage to a water body caused by uncontrolled discharge of wastewater at almost 196,5 million rubles.

Responsible persons of the company were brought to administrative responsibility for pollution. They will pay a fine of 250 thousand rubles, and the activities of the enterprise are suspended for 90 days. The company has not yet reimbursed the total amount of damage.

According to WWF data in the Amur Region from the activities of gold miners more than four kilometers of rivers are polluted... This is the largest figure in Russia. Regional Ministry of Natural Resources planned to fight with such unscrupulous work.