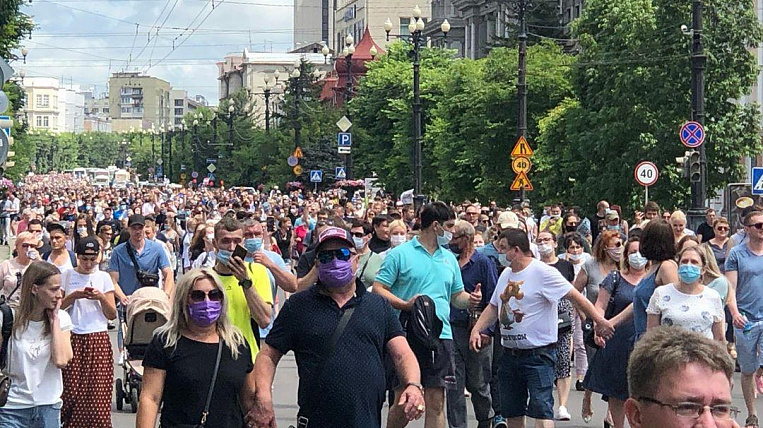 The authorities of the Khabarovsk Territory appealed to residents of the region who are protesting and asked them not to violate the law, as well as to prevent mass riots and clashes with law enforcement agencies. They were also reminded of the dangers of mass events due to the coronavirus.

The appeal is published on the official website of the regional government. Authorities said they saw a dangerous trend: among the rally participants there were people who are trying to provoke unrest.

Residents of the region were once again reminded that now all mass actions are unauthorized. After flash mobs of motorists, authorities asked to respect the right to silence of those who live in busy streets.

First mass meeting in support of Furgal was held in Khabarovsk on July 11. Then the townspeople took to the main streets at noon on July 12 and held a motor rally, after which they returned to the regional government building in the evening. Actions in support of the governor were held in other settlements of the region. Several participants in the next spontaneous rally police detained.

Sergey Furgal detained on July 9. Him suspected of attempted murder and murder a number of entrepreneurs in 2004-2005. Basmanny court chose a preventive measure - two months arrest.