Zhirinovsky appreciated the work of Degtyarev in the Khabarovsk Territory 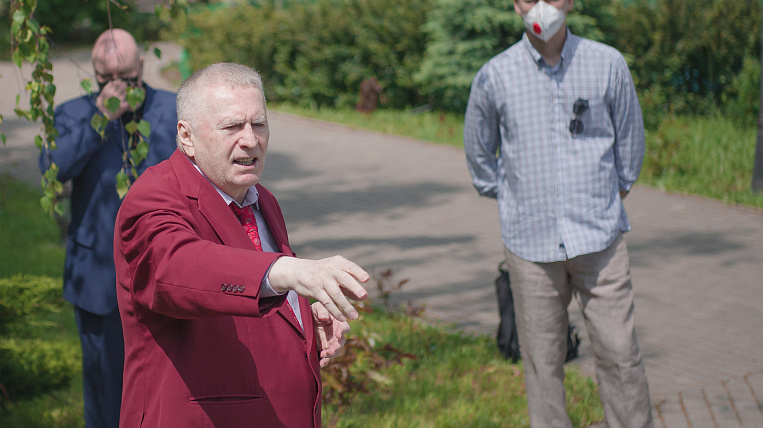 Vladimir Zhirinovsky appreciated the work of Mikhail Degtyarev as Acting Governor of the Khabarovsk Territory. The leader of the Liberal Democratic Party is sure that the politician is doing everything right.

As Zhirinovsky said in an interview MedusaDegtyarev works independently, without asking questions and without making any mistakes. The leader of the party said that at the meetings of the faction all issues are worked out in advance, and each member of the party knows how to act.

Regarding the rallies continuing in the region in support of ex-governor Sergei Furgal, the politician said that the protest sentiment was fueled by coronavirus restrictions: people were tired and needed only an excuse to let off steam. In addition, the people were outraged that their governor was suddenly arrested in broad daylight. According to Zhirinovsky, federal channels deliberately ignore the Khabarovsk agenda and keep silent about the situation.

He recalled that shortly before his arrest, Sergei Furgal told him that he wanted to consult on an issue that could not be voiced over the phone. An appointment was made in Moscow, but there was an arrest. According to Vladimir Zhirinovsky, he could have helped prevent the arrest if it had not happened so unexpectedly.

The Liberal Democratic Party intends to provide the arrested ex-governor of the Khabarovsk Territory Sergey Furgal with new lawyers and appeal against the decision of the Moscow City Court on the measure of restraint... If the court sentences Furgal to imprisonment or prohibits him from holding public office, the party intends nominate for governor 2021 Mikhail Degtyarev.