Sakhalin residents stuck in Thailand returned to their homeland 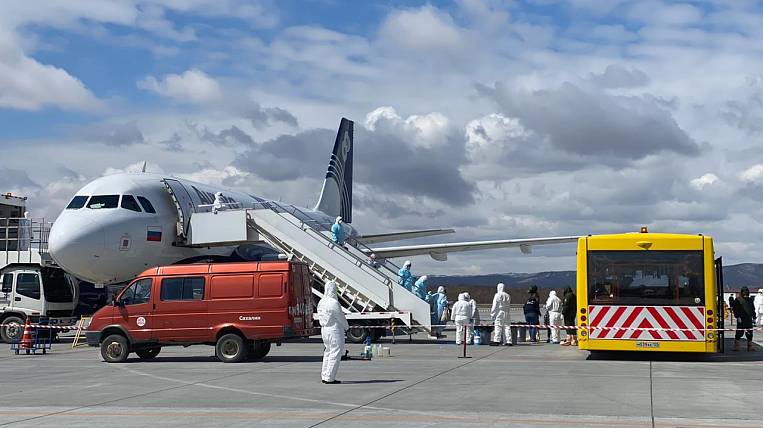 Today, a flight of the Aurora airline arrived at the Yuzhno-Sakhalinsk airport, which was taken out of Thailand from the stuck tourists. 90 people returned to the island.

As the head of the press center of the Yuzhno-Sakhalinsk airport Marina Suetinova told EastRussia, all passenger transportation was organized on the airport platform - passengers did not pass through the airport terminal. The plane landed at 11:25 local time. After disembarking, the tourists, along with the baggage treated with disinfectants, were taken by buses directly near the plane. There they were met by customs officers and doctors.

“Passengers flew immediately in special protective suits. Upon arrival, they all passed tests, including a blood test, since it is believed that it can also be informative in determining the coronavirus, "Marina Suetinova said.

All passengers were quarantined for two weeks at the Observatory. Residents of the Sakhalin region still waiting for evacuation from Vietnam, Malaysia, Fiji and Indonesia.