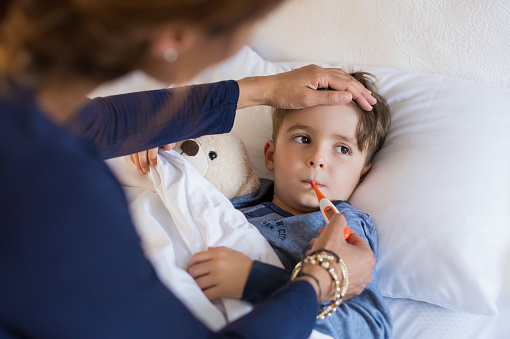 The increase in the incidence of coronavirus in children in Yakutia is not associated with smoke from forest fires in the region. Since mid-August, the authorities of Yakutia have noted an increase in this disease among children.

As the Interfax citing the press service of the Russian Ministry of Health, the doctors noted that at the time of their visit, there were no children with COVID-19 in the intensive care unit, and the department itself was only half full.

"The cataclysms did not complicate the epidemiological situation in the republic," said Vladislav Chernikov, a pediatrician at the National Medical Research Center for Children's Health of the Ministry of Health of the Russian Federation.

He added that against the background of the fires, the population did not have any exacerbations of chronic respiratory diseases. In total, specialists from the Ministry of Health examined more than 500 patients, having visited eight medical organizations.

Earlier it was reported, the head of the Ministry of Health of the Russian Federation Mikhail Murashko sent specialists in Yakutia to fight against coronavirus in conditions of smoke from wildfires. This agreement was reached as a result of a telephone conversation between the head of Yakutia, Aisen Nikolaev, and the Minister of Health of Russia.