A unique vessel will follow the ecology of Baikal 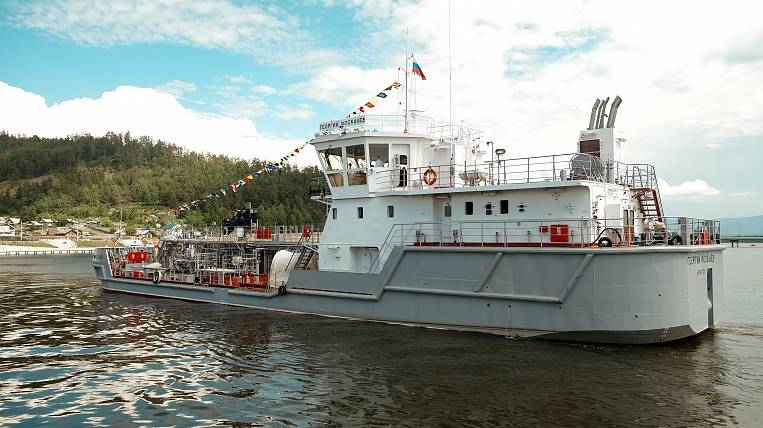 The multifunctional ecological vessel named after Hero of the Soviet Union Georgy Moskalev will be put into operation in Buryatia. A bunker tanker is capable of refueling water vessels with fuel and oil, taking liquid and solid wastes, sewage and oil products from other vessels for disposal. It can also process and purify oily and wastewater to discharge clean water into Lake Baikal.

According to the press service of the Government of Buryatia, the tanker was launched on June 28. Previously, there was no vessel on Baikal that could effectively clean water from oil products. After processing, purified water will return to the lake. The tanker was designed specifically for Lake Baikal. The decision to build the ship was made back in 2017. For this, dredging was carried out in the village of Turka, the construction itself cost 625 million rubles.

It took two years to build. The vessel is 51,6 meters in length, 10,23 meters in width, and 2,6 meters in height. The tanker will be serviced by a crew of seven.

The name of the Hero of the Soviet Union Georgy Moskalev was not given to the ship by accident - it worked in the pre-war years on the Baikal-Selenginsky technical section of the route, and then became a famous artist. His son Oleg Moskalev took part in the ceremonial launching.