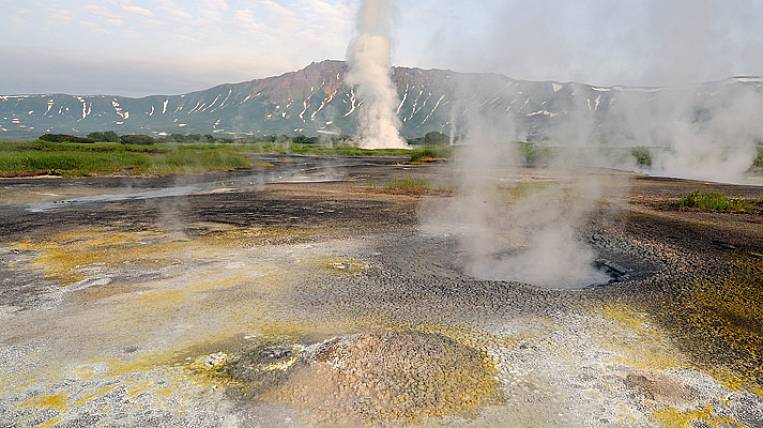 The Valley of Geysers in Kamchatka was discovered 80 years ago - on April 14, 1941. Scientists were the first to discover a geyser in the Kronotsky Nature Reserve, and a few months later - a gorge of a mountain river with dozens of fountains, pulsating springs, mud and water boilers.

As the agency writes “Kamchatka-inform”, The first expedition then went to geomorphologist Tatyana Ustinova and senior observer Anisifor Krupenin. They had to find out where the sources of the Shumnaya and Tikhaya rivers are located. And moving along the Shumnaya River, they came to an unknown warm river.

At first, the researchers got scared. As Tatyana Ustinova wrote, a stream of boiling water and puffs of steam hit them from the left bank. All this was accompanied by underground blows and knocking. They feared at first that this was due to volcanoes, from which it is not known what to expect. But then Tatyana Ustinova realized that this was the first geyser, which was called the Firstborn.

The valley was completely opened in the summer of 1941, during the second expedition. First, Tatyana Ustinova saw a soaring valley, and on July 25 she went down to the natural fountains. This discovery was one of the last world geographical discoveries.

As Petr Shpilenok, director of the Kronotsky Nature Reserve, noted, this valley of geysers is unique. About 50 geysers are concentrated on an area of ​​only eight kilometers. And not one of them disappeared here through the fault of man, the valley is alive and constantly changing. For example, last year a source appeared that throws boiling water to a great height - such a phenomenon has not been recorded since the very discovery.