Yantar wants to get more money from Kamchatka for trawlers 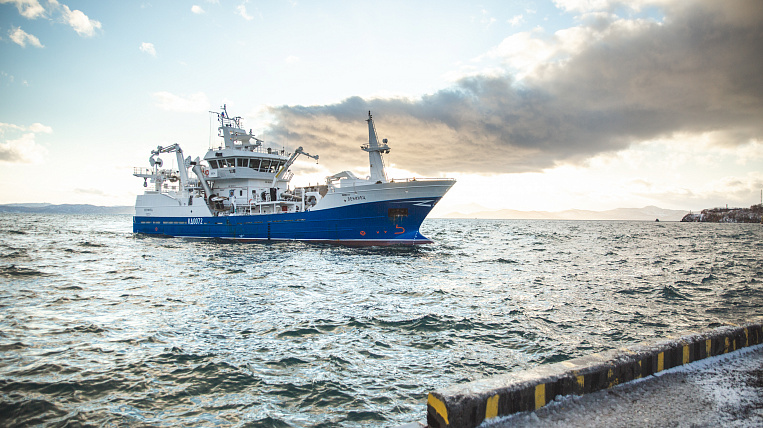 The Kamchatka fishing collective farm named after Lenin is arguing with the Baltic shipyard Yantar about the cost of fishing vessels already commissioned. Shipbuilders require a review of the contract price of a series of three trawlers up.

The fact that the plant requires an additional payment was announced by the Minister of Fisheries of Kamchatka Andrey Zdetovetsky at a meeting in the Federation Council. According to information "Kommersant", "Amber" believes that under a contract of 4,8 billion rubles, the plant incurred 1,6 billion rubles of additional costs. This happened due to problems with the design documentation.

The Lenin fishing collective farm and Yantar signed a construction contract three trawler-seiners in January 2016, 4,8 billion rubles. Initially, it was assumed that shipbuilders should pass the series in 2018 - early 2019, but the deadlines were repeatedly postponed. As a result, the head trawler "Leninets" passed in August last year, "Commander" - in December, and "Drummer" is expected only in May 2020.

According to the interlocutors of the publication, the shipyard spent 87% more money on the first trawler than it earned. One of Kommersant’s sources in shipbuilding claims that Yantar initially offered too low a price because it expected to transfer a significant part of the total operating expenses to military orders. However, this failed.

In June last year, "Yantar" said it was facing problems completing fishing trawlers for Kamchatka because of the sanctions. European suppliers of the fish transportation system refused to carry out commissioning on trawlers, because of which they had to look for a replacement among foreign and Russian companies.