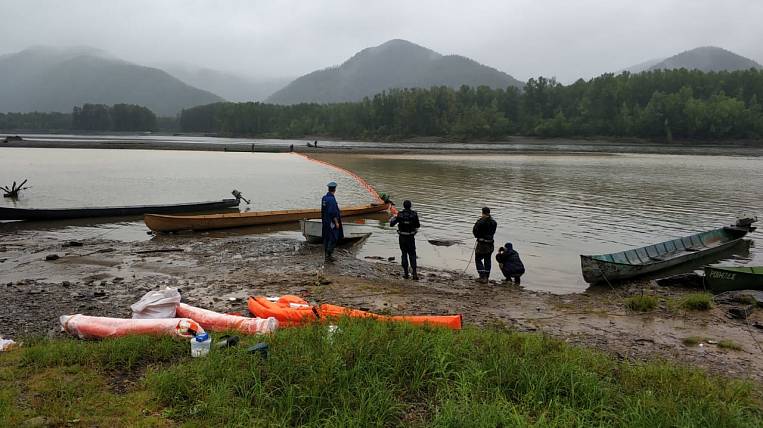 Photo: Press Service of the Main Directorate of the EMERCOM of Russia in the Amur Region
Special project Ecology of the East of Russia

Experts from the World Wildlife Fund (WWF) continue to monitor river pollution after gold miners in the Far East. The Amur Region remains the leader in terms of the area of ​​pollution by a large margin from other regions of the Far Eastern Federal District.

According to the press service of the Amur branch of WWF-Russia, monitoring has been conducted since mid-May by the Rivers without Borders coalition and the Center for Civil Control and Satellite Monitoring. In total, in Transbaikalia, Amur Region, Jewish Autonomy, Khabarovsk Territory and Kamchatka, 157 cases of river pollution were detected at 4 km.

At the same time, about 70% of cases were recorded in the Amur region. There, since the beginning of the gold mining season, 106 cases of river pollution have been identified along the length of the waterways of 3 km.

According to Pyotr Osipov, director of the Amur branch of WWF-Russia, this situation is explained by the fact that a massive issuance of licenses for prospecting and exploration of alluvial gold is underway in the region. Now all the valleys of the northern rivers of the region are licensed areas. At the same time, according to the data of the Amur branch of WWF-Russia, small companies are not conducting exploration of reserves, but already production, disrupting technological processes.

Residents of the Amur Region collected signatures and wrote an appeal to the governor of the region and the presidential envoy to the Far Eastern Federal District with demands to stop the issuance of new areas for gold mining, to revoke some of the licenses for companies that violate mining technologies, to toughen penalties for violators and to hold public hearings when issuing licenses. The appeal has already been supported by 1 people.

A similar situation is developing in Kamchatka. Officials of the Amur Region and the Ministry of Natural Resources of Russia announced the tightening of production rules. But, according to Yuri Gafarov, PA project coordinator at the Amur branch of WWF-Russia, urgent actions are needed, before the next flushing season. Including it is necessary to revise some of the already issued licenses.

Last year, WWF experts identified more than 140 facts of river pollution below the gold-bearing areas. At the same time, in 2019, monitoring was carried out only in the Amur Region, Transbaikalia and part of the Khabarovsk and Primorsky Territories. More than 100 signals were found in the Amur region last year.