A gas explosion occurred in a multi-story building in Yakutsk 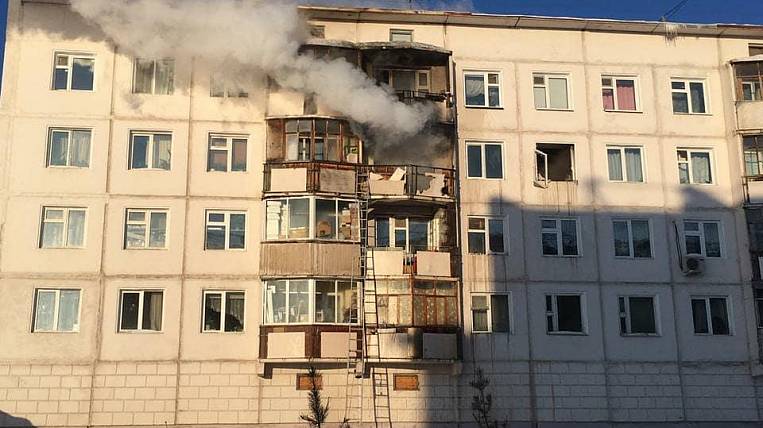 Three victims of a fire in Yakutsk are in the hospital. The cause of the fire was an independent analysis by one of the tenants of gas equipment inside the apartment.

According to the press service of the regional GU EMERCOM of Russia, the fire occurred in a house on Yaroslavsky Street. Firefighters who arrived at the scene evacuated 18 residents of the entrance. Three victims, including one child, were taken to hospital. Two more people went to doctors with suspicions of carbon monoxide poisoning.

The fire broke out in one of the apartments, the total area of ​​fire was about 45 sq. meters. The exact cause of the fire is being investigated by the interrogator. However, the Sakhatransneftegaz press service reported that disassembled gas equipment inside the apartment was found at the scene. According to the service, inside one of the damaged apartments there were flexible pipes and grilles removed by the owner, and the gas stove itself was moved away from the wall. Due to interference with the gas equipment, a fuel leak and an explosion occurred.

Three earthquakes occurred on Sakhalin at once