Pennant in honor of Victory Day established in the Mariana Trench 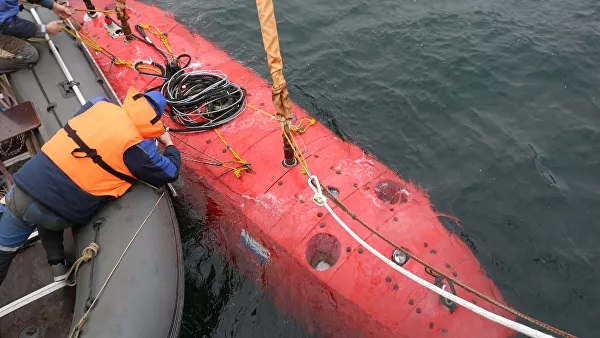 Pennant in honor of the 75th anniversary of the Victory in World War II was established at the bottom of the Mariana Trench. This became possible with the help of the Vityaz deep-sea vehicle.

This was reported in the Foundation for Advanced Research. The immersion of the Russian autonomous underwater unmanned vehicle in the deepest point of the oceans took place for the first time. The sensors of the device recorded a depth of 10 meters. The Vityaz apparatus carried out photo and video filming of the seabed, mapping, and took parameters of the marine environment.

In contrast to the Kaiko and Nereus devices that sank to the bottom of the Mariana Trench earlier, Vityaz is completely autonomous. The machine’s control system uses artificial intelligence. Thanks to this, he can avoid obstacles, find a way out of a limited space and solve other intellectual problems.