Special project Far East hectare: history
All the inhabitants of the village of Orel-Chlya (Mykolayiv district of the Khabarovsk Territory) applied for a "Far Eastern hectare", the press service of the Ministry of Regional Development said on Friday.

"This is the problem of many northern territories: people live for decades on unregistered plots. When in 2013 a large-scale flood occurred on the Amur River, and they began to deal with compensation, it turned out that very few registered land. Therefore, when the "Far Eastern" hectare appeared, people went and arranged, "the comment of the head of the Nikolayev district Anatoly Leonov is quoted in the message. As reported, thanks to this, the village of Orel-Chly was recognized as the winner of the regional competition and received 2,15 million rubles. Prize-winning local administration intends to spend on the purchase of bulldozers.

Also, according to the district head, it is said that applications for "Far Eastern hectares" in the Mykolaiv district come from residents of Moscow and St. Petersburg. "Someone took an island near the cape of Lazarev, another - an island near Nikolaevsky. For tourism, fishing, for agriculture and even for the organization of loading and unloading operations ", - quotes his press service.
Tags: "Far Eastern hectares" Minskostokrazvitiya
July 13: current information on coronavirus in the Far East
Digest of regional events and latest statistics
Related News: 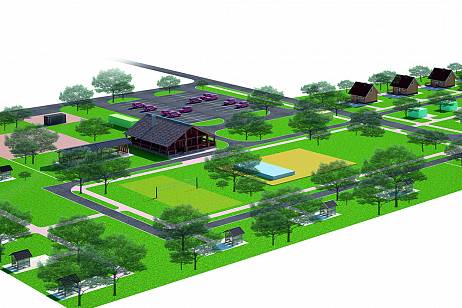