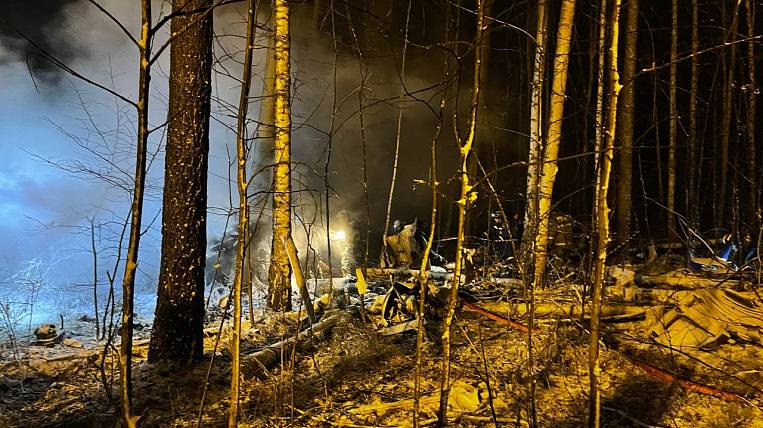 Everyone on board the An-12 that crashed near Irkutsk died. According to updated information, there were seven people.

As the Interfax, during the fall, the plane flared up and started a fire. Rescuers finished putting out the flames. Found five bodies of the victims. Rescuers continue to work at the crash site.

It is reported that the plane was carrying consumer goods to the Keperveem airport in Chukotka from Belarus. According to some reports, the plane landed in Yakutia for refueling.

According to preliminary information, the crashed An-12 belonged to the Belarusian airline “Grodno”. Going around when landing, the plane disappeared from radar... The crash site is located near the airfield, near the village of Pivovarikha. The plane was on a cargo flight.