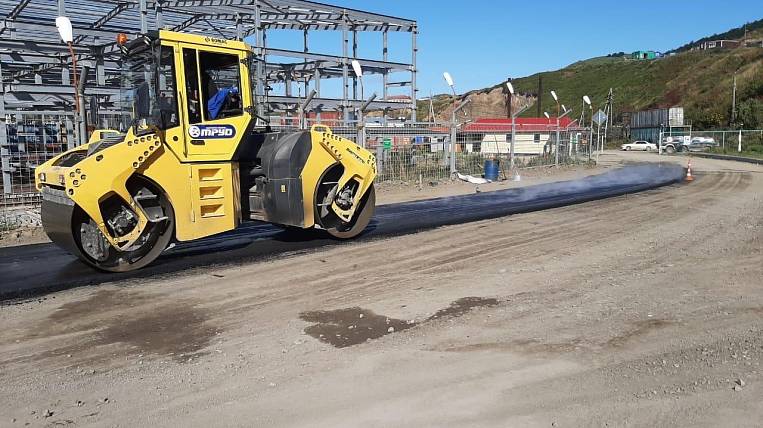 For the first time, roads began to be paved on Shikotan Island. The specialists will have to lay more than 2,5 km of asphalt.

According to the press service of the Sakhalin Oblast government, work has begun as part of the federal target program for the socio-economic development of the Kuril Islands. Hard surfacing in the village of Malokurilskoye is carried out by specialists of the Trud joint-stock company, which has experience in the construction of housing and roads in Kunashir.

According to the deputy director for production of the company Alexander Sapelin, materials are mined at Shikotan, and the asphalt plant is also in the immediate vicinity. The company plans to complete the work by the end of November.

Next year, they will begin to asphalt a road between the villages of Malokurilskoye and Krabozavodskoye - more than five kilometers long. They intend to completely finish work on the site by 2023.

In 2022, asphalting will be carried out on Torgovaya, Klyuchevaya and Komsomolskaya streets in the village of Krabozavodskoye. 1,8 km of roads are to be asphalted. The construction of an asphalt concrete plant on the Shikotan Island of the Kuril ridge became known last summer. It is planned to attract ten billion rubles of private investment for the construction of roads.

The Ministry of Defense may transfer additional land plots to Sakhalin