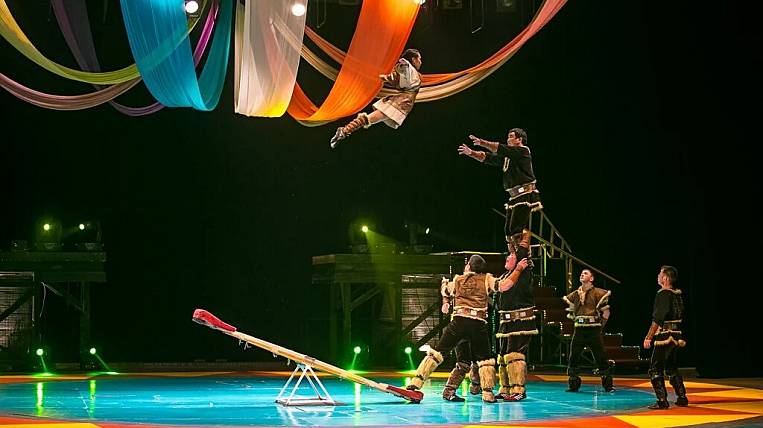 For the first time in the history of February 25 and 26, residents and guests of the Russian capital will have a unique opportunity to witness the New Year's Eve on the Eastern calendar - the year of the White Mouse under the sign of the elements of metal in the Kremlin Palace. The beautiful "snow-white" word "Sagaalgan - White Month" is called the Eastern New Year in the Republic of Buryatia, which in Russia is the center of Buddhism.

"Sagaalgan - White Month" is one of the most beloved and revered holidays in Buryatia. The mistress of 2020 - the White Metal Mouse - will open a new twelve-year cycle, a new era according to the Eastern lunar calendar. It is believed that serious decisions in this border period will affect the next 12 years.

The concept of the event is based on the teachings of Buddhism on the five elements. Water, wood, fire, earth, metal - each of them metaphorically represents the socio-economic potential of the republic: Lake Baikal, nature, people, wealth of mineral resources and industry.

The grand multimedia show in the Kremlin Palace will combine the best examples of the original Buryat culture, including the achievements of not only folk, but also professional groups and soloists. The State Buryat Academic Opera and Ballet Theater named after the People's Artist of the USSR G. Tsydenzhapov, the Buryat State National Song and Dance Theater "Baikal", the State Circus of the Republic of Buryatia, the Theater of Folk Music and Dance "Fun", Tarbagatai Folk Ethnographic Ensemble "Fate" will appear on the stage. , Buryat pop stars and other performers. In addition, art masters from Kalmykia and Tuva will take part in the concert; The guests of the festival will be representatives of the multinational Buddhist community of Russia: ethnic Kalmyks, Tuvans, Buryats from the Trans-Baikal Territory and the Irkutsk Region.

During the Sagaalgan, the Kremlin will host exhibitions of the National Museum of the Republic of Buryatia, which will tell about the customs, beliefs, culture and life of the Buryat people. Here you can also get acquainted with the outstanding works of world famous Dasha Namdakova, Zorigto Dorzhiev, Zhigzhit Bayashkhalanov, as well as the talented works of young Buryat artists.

In addition to exhibitions and a concert program, guests of the event in the Kremlin will be able to get advice from specialists from the Center for Eastern Medicine, as well as make an individual astrological forecast for the coming year.

For spectators and guests of the holiday, the organizers will hold a unique action - drawing a certificate "Traveling for two in Buryatia with a visit to Lake Baikal."

According to the lunar calendar, the Oriental New Year is held not only in Buryatia. In Russia, this holiday is widely celebrated in Kalmykia, Tuva, certain areas of the Trans-Baikal Territory and the Irkutsk Region.

Sagaalgan holiday is not just a celebration, it is a whole complex of sacred rituals that carry purification and renewal. Prayers and ceremonies take place in Buddhist datsans for a whole month; relatives and friends visit each other, communicate, give gifts.

The meeting of the Eastern New Year in the Kremlin Palace is very significant, because such a holiday is held on the main stage of the country for the first time.