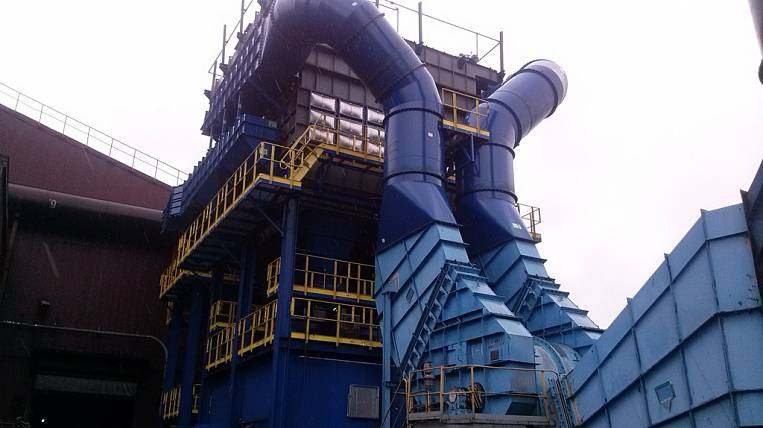 The largest specialized coal transshipment terminal in Russia, Vostochny Port JSC, is modernizing the aspiration system in the Primorsky Territory at the closed complex of the tandem car dumper. The total capacity of the new plants will be 600 thousand cubic meters per hour. The stevedoring company’s investments in the implementation of the latest air purification system exceeded 450 million rubles.

As explained by the engineer of the mechanization department of Vostochny Port JSC, Yuri Ratman, the suction system on a closed tandem car dumper consists of two dust collecting plants. They are connected by ducts to the working area inside the building. At the old installation, the air was cleaned by the cyclone method - air turbulence was created inside a large metal tank, particles of a fine coal fraction settled down.

New technologies allow the introduction of more advanced equipment and the best available technology. New dust extraction plants of domestic design, equipped with a powerful fan and self-cleaning bag filters, brought the air purification system to a new level. According to Anna Chepan, the head of the ecology department of Vostochny Port JSC, after commissioning and putting the dust removal unit into operation, the specialists measured the level of industrial emissions at the outlet to the atmosphere. The cleaning effect was 98% - higher than the previous figures on the cyclone filter.

According to the press service of Vostochny Port JSC, at the second stage of modernization, the air duct system from the building of the car dumper to the dust removal systems will be replaced. All work on the tandem car dumper of a specialized coal complex is planned to be completed by October 1 of this year.

In addition to the high speed of unloading and environmental protection, the unloading of coal in car dumper has another important advantage - the high safety of open wagons. They are held during the coup by the halt walls and hydraulic clamps. This eliminates damage to the rolling stock.