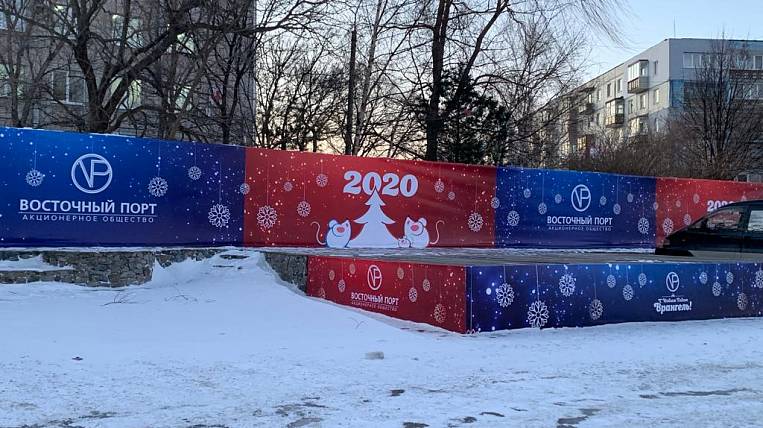 The Vostochny Port company helped to decorate the Wrangel microdistrict of the Nakhodka GO for the New Year. The improvement of streets on the eve of the New Year and Christmas holidays has already become a good tradition for port workers.

At the entrance to the microdistrict, an LED anchor was installed next to the Vostochny Port logo, and along the Primorsky Prospekt, columns of street lamps were decorated with installations and consoles with company symbols. According to the company’s press service, branded jewelry, figures of fairy-tale characters and a symbol of the coming year - the White mouse, as well as elegant Christmas trees, garlands on the facades, street lamps appeared along Vostochny Prospect, Vnutriportovaya, Pervostroiteley Streets, on the ice rink and in other places. and trees.

On January 2, at the main square of Wrangel, the New Year holiday will begin, organized by Vostochny Port JSC and the village administration. Stevedores prepared a rich program with animators, contests, gifts, performance of urban creative groups and the work of the field kitchen.