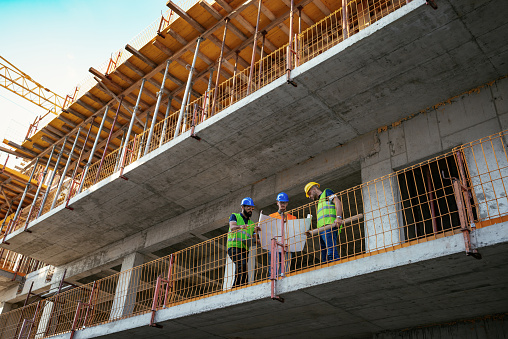 Plenipotentiary Envoy Yuri Trutnev and Deputy Prime Minister Marat Khusnullin discussed the development of construction in the Far East with the heads of regions. At the meeting in the mode of video conferencing, they considered the progress in achieving indicators of the national projects "Housing and Urban Environment" and "Safe and High-Quality Highways" in the Far Eastern Federal District.

According to the press service of the presidential envoy office in the Far Eastern Federal District, Marat Khusnullin noted that in Vladivostok and Primorye it is necessary to build one square each year. meter per person. Other regions should also strive for this indicator. He noted the positive impact of the Far Eastern Mortgage program on the construction industry. By the end of September, almost 45 thousand applications had been received, of which about 70% had already been approved. More than 11 thousand families have already received preferential mortgage loans. The growth of mortgages in the Far East is 22%, which is twice as much as the national average.

Yuri Trutnev noted the importance of a systemic urban planning policy. According to him, in most regions of the Far Eastern Federal District, architectural councils have not been formed, there is often no position of chief architect in cities, and urban planning policy is carried out on the principle of spontaneous construction of vacant lots.

Marat Khusnullin announced the need for a radical revision of approaches to housing management. He called on the heads of the regions to use all existing mechanisms. The attention of the heads of regions was drawn to the possibility of attracting project financing for housing construction through infrastructure bonds.

It was noted at the meeting that the share of dilapidated and dilapidated housing in the Far East is 2,5 times higher than the national average. The increase in the annual volume of housing construction is to be increased by 1,6 times by 2024, as well as to reduce unsuitable housing by 3,5 times. Within the framework of the Housing and Urban Environment national project, an additional 50 billion rubles were allocated for resettlement from the emergency fund. The money will be received by those subjects that will be ahead of the implementation of the resettlement program.