For the first time in 50 years, a military hospital is being built on Sakhalin 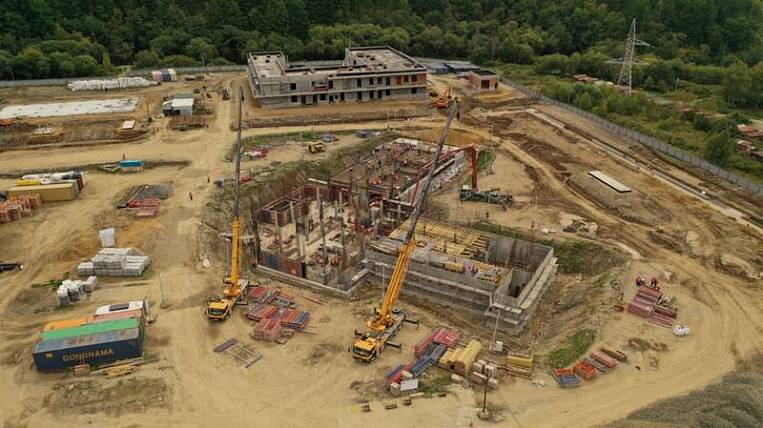 The construction of the first stage of a military hospital is underway in Yuzhno-Sakhalinsk. The medical center for 150 places will receive not only military personnel, but also ordinary residents of Sakhalin.

According to the press service of the regional government, an agreement on the construction of the hospital was signed between the Ministry of Defense and the regional parliament in 2019. The hospital complex will consist of three buildings: medical and diagnostic, administrative with a polyclinic and infectious diseases. All of them will be connected by warm passages for quick movement between the wards of surgery, intensive care and operating rooms. Later, the hospital will have its own club, a medical equipment repair service and a library. During the design, the seismic features of Sakhalin were also taken into account - the hulls can withstand earthquakes up to 10 points.

According to the project manager of the Military Construction Complex of the RF Ministry of Defense, Andrey Mamin, the work is being carried out strictly according to the plan, a stock of building materials has been created for continuous work. About 400 builders and 38 pieces of equipment work in two shifts. Now almost seven thousand cubic meters of concrete have been laid, 750 tons of reinforcement have been installed.

As part of the first stage, a four-storey administrative building with a computer tomograph, a digital X-ray complex, ultrasound machines and other medical equipment is being built. The infectious diseases hospital will house one- and two-bed boxes with ventilation, a patient-nurse's post, shower cabins, toilets and separate entrances to the exercise yard, which will minimize the spread of infections.

The total construction area is about 30 thousand square meters. Delivery is scheduled for 2022, investments in the project were estimated at 18 billion rubles.