Military from Primorye disinfect the streets in Khabarovsk 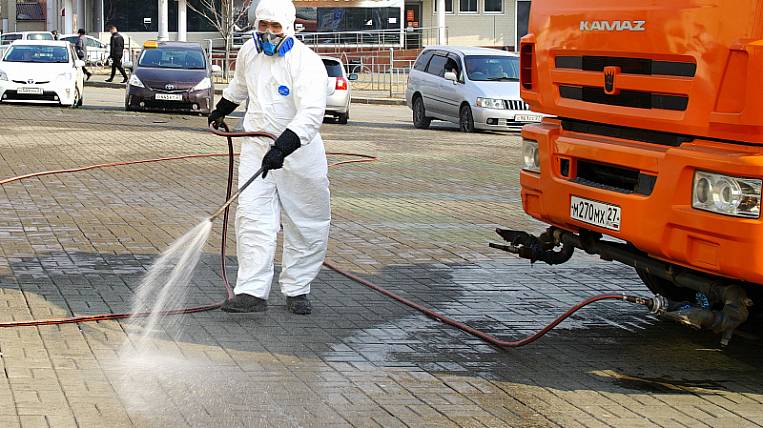 Photo: Khabarovsk Administration Press Service
A group of military men arrived in Khabarovsk to disinfect city streets. The detachment was sent from Primorye.

According to the press service of the BBO, a total of 22 troops were sent to Khabarovsk. They are recruited from radiation, chemical and biological defense troops located in Lesozavodsk, Primorsky Territory.

Previously, the authorities planned to cope on their own, but had to ask for help from the military... Disinfectants will process crowded places. At the disposal of the authorities there are six filling stations and two support vehicles.