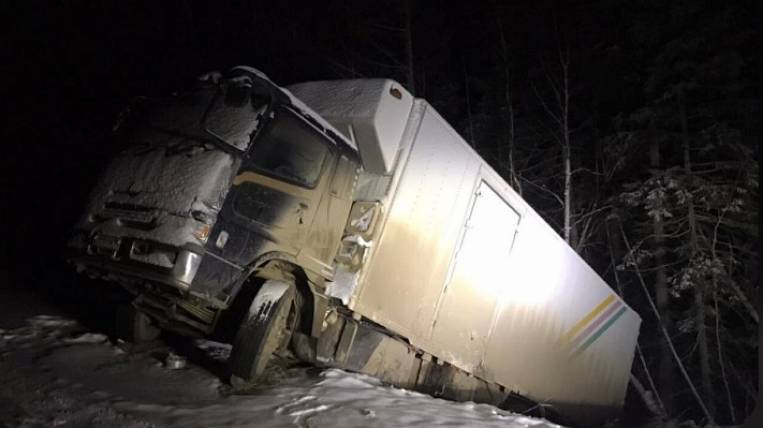 In the Khabarovsk Territory, near the village of Bogorodskoye, the driver lives in a truck for about two weeks. The car itself slid into a ditch on a snowy road.

As told in Instagram local residents, the accident occurred after another heavy truck was in the way of the car and it had to brake sharply. The truck itself was overloaded, but the driver remained in place. He used a gas burner as heating, but local residents helped him: someone with food, and someone invited him to stay for the night, warm up, charge the phone.

The driver himself, Rustam, is from Dagestan. Local authorities could not help him and his situation was taken up by the Ministry of National Policy and Religious Affairs of Dagestan. Employees of the republic's representative office in the Khabarovsk Territory went to the scene to deliver food to him. The regional Ministry of Transport also joined in solving the situation.