Residents of Khabarovsk again rally in defense of Governor Furgal 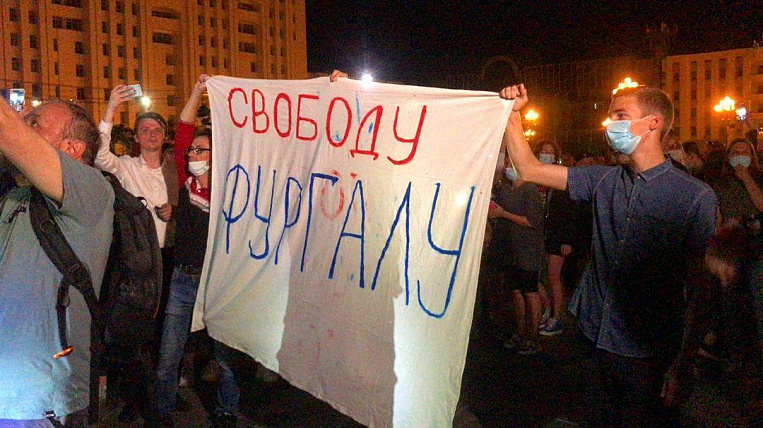 Residents of Khabarovsk again went to a rally in defense of the governor Sergei Furgal. This is the fourth protest action against his detention and arrest.

On the main square of Khabarovsk, in front of the regional government building, hundreds of caring people gathered. People shout slogans and carry banners demanding the release of Sergei Furgal.

Unauthorized promotions continue from 11 July - they started the day after election preventive measure to the governor. The wagon was detained July 9. Him suspect in organizing attempted murders and murders of a number of entrepreneurs in 2004-2005. Other participants in the case testified against the governor; they named the head of the region crime organizer.

The governor was sent to Moscow, where he chargedhowever he is guilty did not recognize... Mayor of Khabarovsk Sergey Kravchuk appealed to the townspeople about rallies in support of the arrested governor Sergei Furgal. The mayor recalled that the organizers of these street actions have a double responsibility: for holding unauthorized mass rallies, as well as for jeopardizing the health of the people participating in these rallies.

The court arrested those who extorted money from truckers in Primorye

The ex-head of Vladivostok was sent under arrest