The authorities of Yakutia refuse large purchases due to coronavirus 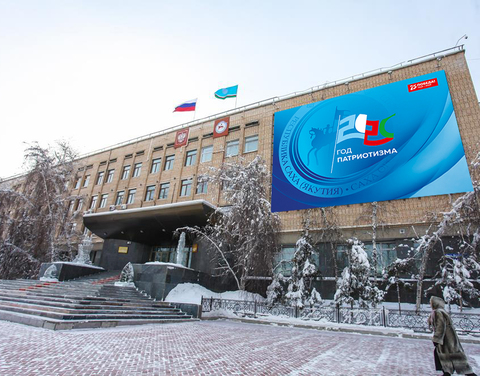 R¤RѕS,Rѕ: RїSЂRμSЃSЃ-SЃR "SѓR¶R ± P ° RїSЂR ° RІRoS,RμR" SЊSЃS,RІR ° RЇRєSѓS,RoRo
The authorities of Yakutia plan to optimize budget spending. If the expenses are not associated with the elimination of emergencies, then such public procurement will not be carried out.

The decision to revise budget expenditures is associated with the spread of coronavirus in the republic. Despite the stable situation and plans to mitigate self-isolation, the released funds will be used to fight against coronavirus.

According to the press service of the Yakut parliament, all purchases not related to medical equipment and other means to combat COVID-19 will be suspended until the end of the year. Tenders will not be held for the supply of computer equipment, furniture, for current and major repairs, unless the need for them is related to the elimination of accidents or emergencies. In addition, tenders will not be announced for the maintenance of the car, the holding of cultural events and departures of civil servants outside the region.

For municipalities and subordinate organizations, the regional government will also suspend the transfer of funds for subsidies in all respects, except for scholarships, payments to the population, medical supplies, transport services for patients and measures to prevent infection.

In total, today in the republic it is confirmed 16 cases of coronavirus, eight people were discharged from hospitals. A new case was confirmed today at flown earlier from the Netherlands Yakutians. The main increase in sick people expect from visitors from other regions of Russia.