Agriculture ahead of other sectors of the economy in Kamchatka 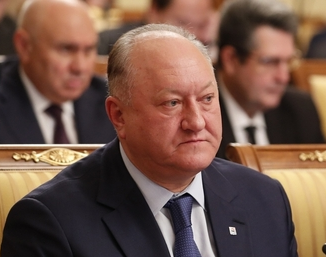 Photo by: kamgov.ru
The key issues discussed during the meeting under the auspices of the head of state were promising areas for the development of the agro-industrial complex and priorities of state policy in the field of rural development. In particular, they talked about the development of small and medium-sized businesses in the countryside, support for rural employment and the formation of a comfortable environment in rural areas, taking into account the implementation of national projects and the state program "Integrated Development of Rural Territories", which begins in 2020.

As Vladimir Putin noted, the issues of the economy of rural production, the creation of a comfortable living environment, conditions for improving the well-being of people and strengthening the position of the agro-industrial complex as a modern, globally competitive industry require special attention. However, even now the average growth rates in agriculture are higher than in the Russian economy as a whole. A similar situation is developing in the Kamchatka Territory.

“This year, meat production increased by 28%, milk - by 5,5%, and the collection of vegetables from open and protected soil increased by 36% - actually by a third compared to last year. Such results of the agricultural sector allow Kamchatka food and processing enterprises industry to create new and expand existing production. And the creation of our own production is exactly what we are striving for, "said the Governor of the Kamchatka Territory Vladimir Ilyukhin.

In 2019, the total amount of funds allocated for the development of the agro-industrial complex of the Kamchatka Territory amounted to about 1,3 billion rubles, most of which came from the regional budget. During the State Council, the Minister of Agriculture of the Russian Federation Dmitry Patrushev noted the successes of the fishing industry, which were provided by Kamchatka enterprises by a third. According to forecasts, the volume of extraction of aquatic biological resources will amount to about five million tons.