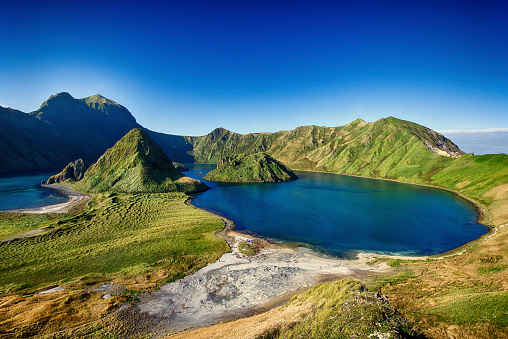 Japan made a presentation to Russia because of the visit of two deputy prime ministers to the Kuril Islands. Marat Khusnullin and Dmitry Grigorenko arrived at Iturup Island today.

It is reported TASS with reference to the Japanese Foreign Ministry. In the Sakhalin Region, the Deputy Prime Ministers planned to inspect the Kuril Central District Hospital, as well as the Yasny fish processing complex on Iturup. Grigorenko met with entrepreneurs to discuss the implementation of investment projects in the Kuril Islands.

Japanese Foreign Ministry spokesman Tomoyuki Yoshida noted that visiting the islands by Russian officials contradicts Japan's position on the Kuril Islands. He also said that the Russian side was demanded to cancel this trip.

В work schedule deputy prime ministers in two regions: the Khabarovsk Territory and the Sakhalin Region. During the trip, they will pay special attention to social facilities.

This week, Japanese Prime Minister Fumio Kishida announced that the southern part of the Kuriles (in Japan - the northern territories) Tokyo sovereignty spreads.