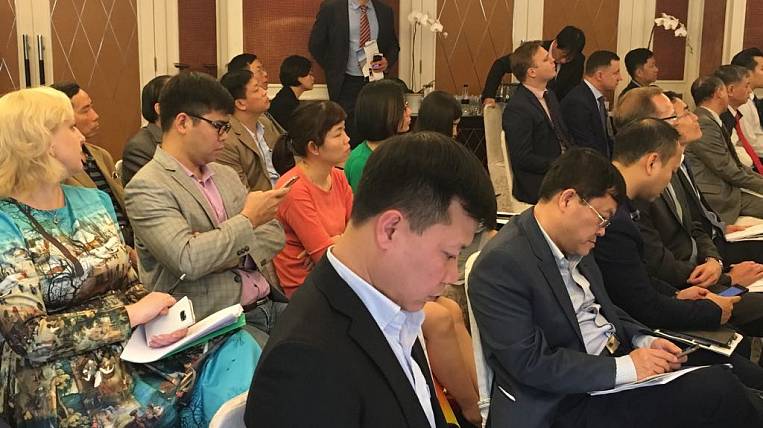 Today, as part of the visit of the delegation of the regions of the Russian Far East to Vietnam in Hanoi, a "round table" was opened with the participation of representatives of local businesses interested in working in Russia. This was reported by EastRussia one of the participants of the measure.

Opening the roundtable, Vice President of the Chamber of Commerce and Industry of the Socialist Republic of Vietnam Doan Zyui Khyong stressed that the visit of the Russian delegation is historic, and local business has a great desire to work with Russia. But Vietnamese businessmen "have very little information about what Russia is and what laws are working there," said the vice president of the CCI.

The head of the Russian delegation, Yury Trutnev, acknowledged that there is a lack of information. He said that the Far East is the closest to the Asia-Pacific region (APR) of the Russian Federation, concentrated rich natural resources - 51% of total forest reserves in the APR, 37% - pure fresh water, 30% - gold, 27% - gas , 17% - oil. The Vice Prime Minister spoke about the benefits of working in the Far East, as well as about new legislation on the development of the region.

Vietnamese business, Yuri Trutnev, presented first of all the law on territories of advanced development (TOP), in which, he said, "the best examples of preferences for business" were used - both tax incentives and infrastructure construction. Two years ago, the law came into force, and at the moment in the macroregion created 17 TOP. They already have more than 200 residents, including about 30% of the announced investments - these are foreign investments, the Deputy Prime Minister said. "We do not invent TOPs ourselves, we create them where there is a need for business," Yury Trutnev stressed.

He also spoke in detail about the Vladivostok Free Port, its benefits and preferences. These privileges have already been used by 269 companies with investments of more than $ 5 billion, while Russia here is "at the very beginning of the journey." The new team managed to attract $ 25 billion investments to the Far East through business support mechanisms, Yury Trutnev said.

Leonid Petukhov, the general director of the Agency for the Far East Investment Promotion and Export Support, also took part in the round table. He told how to come to work in the Far East, and made a presentation of its investment opportunities on the example of specific investment projects. In particular, the coal project Tigers Realm Coal in Chukotka with investments of about $ 200 million and the gold project of Renova group in Kamchatka with investments of about $ 300 million were mentioned. Projects for the construction of greenhouses were presented from the Khabarovsk Territory (joint venture with Japanese JGC Corporation) and a pulp mill in Amursk (Chengtong in China).