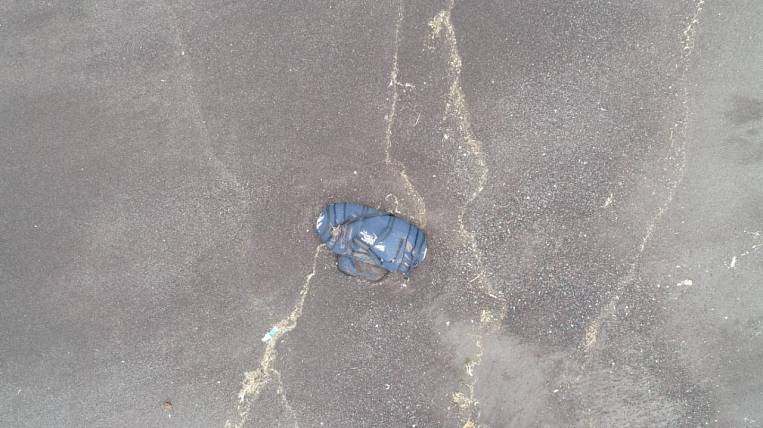 Photo: GU EMERCOM of Russia in the Kamchatka Territory
Employees of the Ministry of Emergency Situations with the help of a drone discovered the things of missing sailors on June 14. On the shore were backpacks, documents and trunks of crew members.

According to the regional GU EMERCOM of Russia, work on the search for sailors has been ongoing for 11 days. In total, about 800 km of the Avacha Bay and the coastal strip were examined.

The search involves 70 people and 20 pieces of equipment. In addition to boats and all-terrain vehicles, unmanned aerial vehicles were thrown in search. One of them discovered the crew's belongings on the coastal strip from the Sukhaya River to the mouth of the Nalycheva River. Together with documents, trunks and backpacks, the drone recorded the remains of a pontoon. According to updated information, all this was on the ship at the time of the incident. The found things were handed over to the investigators.

In addition to rescuers, passing ships are also connected to the search for sailors. For them, a radiogram about the incident is broadcast twice a day.

Sailors Wrecked on the night of June 13-14. Their pontoon was carrying cargo to another ship. There were four crew members on board. The overturned vessel was found 40 km from the coast without a life raft.