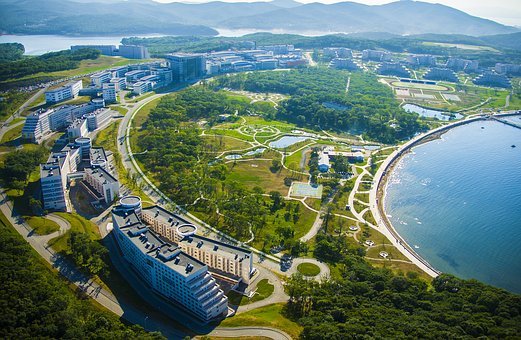 A venture fund will be created to develop an innovative scientific and technological center on the Russky Island in Vladivostok. At present, no money has been allocated either for the design or for the operation of the INTC.

This was stated by the plenipotentiary of the President of the Russian Federation in the Far East, Yuri Trutnev, at a meeting on the development of the Center. He added that the money is being held up by the Ministry of Economy. For the development of the institution, they will attract private investment, create a venture fund.

“I want to be sure that this work is progressing rhythmically, that there are no obstacles, and that we will really create an effective working mechanism for the development of science and technology. So far, things have not turned out quite like that. There is a lot of work ahead, ”the plenipotentiary said.

Yuri Trutnev said that he intends to hold quarterly meetings on the INTC, regardless of his location.

At the end of last year, a government decree establishing Innovation Science and Technology Center (INTC) on Russky Island in Vladivostok. It will open on the basis of the Far Eastern Federal University. They plan to attract talented scientists and entrepreneurs from all over Russia and abroad to work in the center.

As the head of the Ministry for the Development of the Russian Far East, Alexei Chekunkov, noted, his employees are cooperating with the INTC team in forming the concept of the establishment to be created.

“Since the last meeting, held on February 10, a detailed roadmap has been drawn up for the formation of the INTC and raising funds. I hope that financing will be allocated in the next week, design will be started, and the first potential residents will be attracted, ”said Aleksey Chekunkov.

Elena Kharisova, Vice-Rector for Promising Projects and New Infrastructure of FEFU, General Director of the Development Fund of the Russian Research and Development Center Elena Kharisova, said that in 2022 the participation of the first residents is planned. They can be the companies "Neurovita-DV", "Antey", "Arnika". They have already proposed projects for the creation of a high-tech cryobank, the production of crab fat, biological products from the Far Eastern marine and vegetable raw materials.