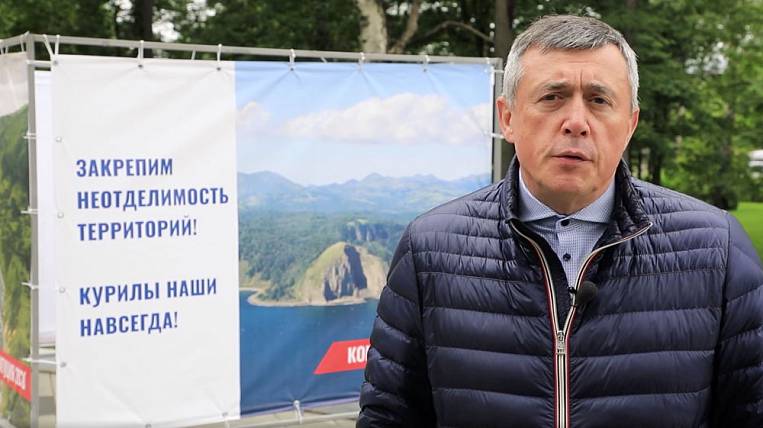 The Governor of the Sakhalin Region Valery Limarenko announced that as a result of the vote on amendments to the Constitution of the Russian Federation, the territorial issue with Japan will lose its relevance. The head of the region especially emphasized one of the amendments, which defines the inseparability of Russian territories.

In particular, he noted that "Sakhalin and Kuril residents vote for the inseparability of Russian territory ... so that the question of who the Kuriles belongs to is never discussed again. This issue should be removed from the agenda."

Comment was dedicated submission, which the Japanese Foreign Ministry made to the Russian side two days ago regarding the conduct of geological exploration in the Kuril Islands region.

"We will continue to work on our Russian Kuril Islands, conduct geological exploration, build schools, children's steps, roads, we will build a peaceful life and confidently go into the future," Valery Limarenko said.