In Yakutia, 8% increase in the volume of cargo transportation during navigation 2014 year

The volume of cargo transportation during navigation of the 2014 of the year amounted to 2766,2 th. Tons, which is 108% compared to the same level of the 2013 of the year, and the freight turnover amounted to 2692,2 mln. Tons-km. The press service of the administration of Yakutia reports with reference to the Minister of Transport and Roads of Yakutia Semyon Vinokurov, who summed up the year.

In total, 720 units of fleet, reloading equipment, auxiliary and track vessels were introduced into the navigation. 385 units of the fleet participated in the cargo delivery process. One of the factors for successful navigation is its early opening in the Lena basin. From May 28, the shipping situation on the Ust-Kut - Kirensk section opened. Further along the Lena River, the actual dates for opening the shipping situation were also previously planned. Navigation is now complete.

According to the minister, in 2014 the navigation went without any particular complications, but next year promises to be difficult. This is due to the fact that in 2015 the construction of the Power of Siberia gas pipeline will begin and the supply of goods to the Republic will increase significantly, so the main task for next year is to ensure unhindered delivery of goods to all uluses, without delays or complications. 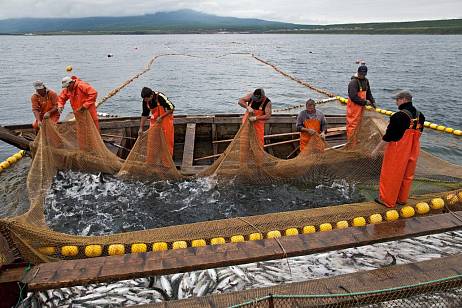