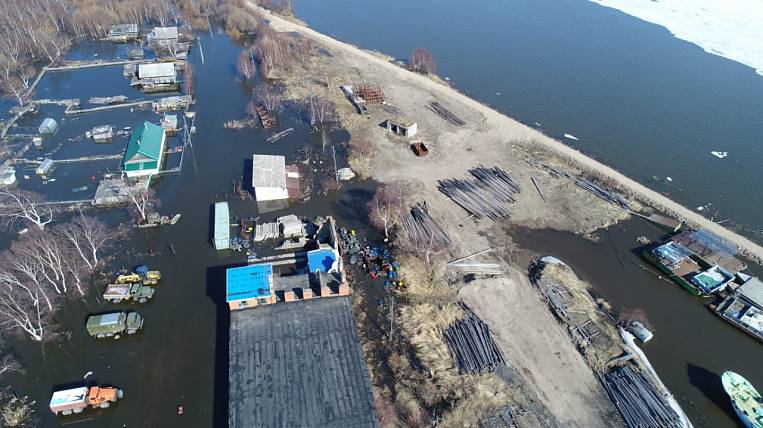 In the Khabarovsk Territory, in the flood zone, there are five settlements of the Nikolaevsky district, where an emergency regime has been declared. Today the rescuers of the Far Eastern Regional Search and Rescue Unit of the Russian Emergencies Ministry arrived by helicopter to the village of Chnyrrakh to help local residents.

Near the village of Mago, the water began to gradually decrease. There, 40 household plots were flooded, water entered 31 houses. A temporary accommodation point has been organized for the residents of the village, but the residents have so far refused to settle there.

Earlier it was reported that in the lower reaches of the Amur the water level is rising... It turned out that dozens of personal plots near the village of Mago were flooded; in Nikolaevsk-on-Amur, the water level is expected to rise by 30 cm above the dangerous phenomenon.

The evacuation of people from the flooded zone began in Kamchatka