In Yakutia, declared a struggle to increase prices for vegetable products 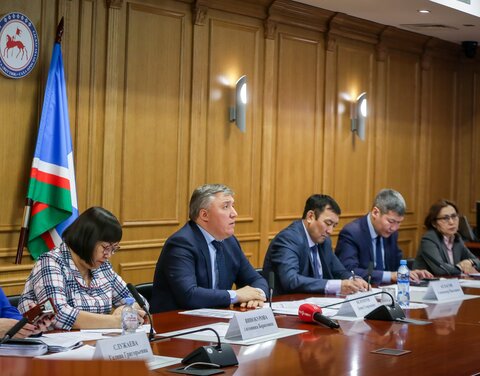 Photo: sakha.gov.ru
In Yakutia, they want to expand the list of vegetables that are socially significant products. This will help stop the price increase that began after the closure of borders with China due to the coronavirus.

According to the regional minister of entrepreneurship, trade and tourism Maksim Prokopyev, over the past month the cost of cucumbers at one of the wholesale depots increased from 145 to 300 rubles, tomatoes - from 145 to 250 rubles.

The law prohibits raising the price of socially important goods by more than 30% for three months. These include meat, butter, milk, eggs, salt, sugar, and some vegetables and fruits. According to the press service of the republican government, Yakutia proposes to significantly expand this list.

Regular monitoring of food prices has been organized in the republic, specialists are conducting explanatory work with wholesale and retail chains. The regulation of prices for medical masks and antiviral drugs is under control.

Earlier in almost all regions of the Far Eastern Federal District announced growth prices for vegetable products after the closure of borders with China. They promised to deal with the situation The FAS and, in the case of confirmation of the facts of unreasonable overpricing, punish the guilty.