A new technological production will open in the Komsomolsk ASEZ 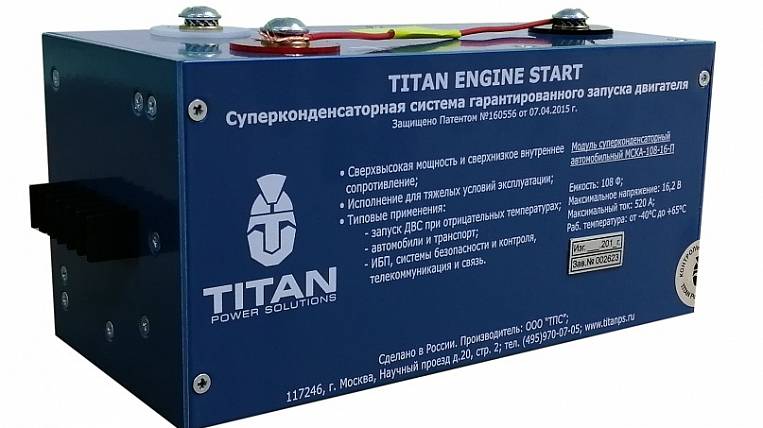 The production of guaranteed launch systems for internal combustion engines Titan Engine Start and supercapacitor drives for general industrial use will appear within the boundaries of the Komsomolsk TOP. The project is implemented by the company Titan Power Solution, which is one of the leaders of the Russian market in its segment.

The developer attracted funding from the Far Eastern High Technology Fund, Digital Evolution Ventures Fund and its current shareholder, I2BF Fund, for a total amount of 200 million rubles. The funds will be spent on expanding mass production, developing new innovative products, as well as creating an engineering and production center in Komosmolsk-on-Amur, in the building of the industrial park “Parus”

The choice of the region is due to the convenience of supplying components for innovative engines from China and South Korea and the presence of large potential customers. The produced systems have proven their reliability under extreme conditions, they withstand up to 50 degrees of frost and can be in demand in the Far East and in the Arctic.

Titan Power Solution is one of the leaders in the Russian market in the field of development and production of devices and solutions based on supercondensates, lithium-ion batteries and “hybrid” energy storage devices. One of its innovative products is the guaranteed start-up system for internal combustion engines, which is currently equipped with more than five thousand cars in Russia and the CIS countries.