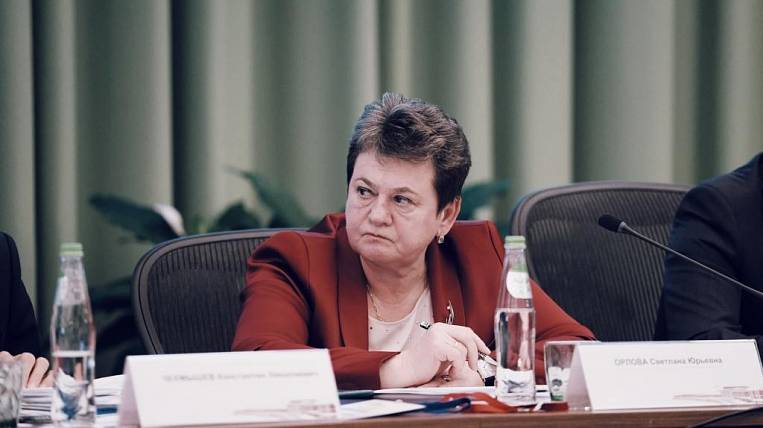 Photo: audit.gov.ru
Auditor of the Accounts Chamber of the Russian Federation Svetlana Orlova criticized the existing development management system of the Far East. She said that the huge funds that come to the macro-region from the federal budget are managed in the absence of a strategic planning system.

According to Svetlana Orlova, the Far East has not yet been able to achieve the outstripping dynamics of investment in fixed assets. It is at the average Russian level. Among the main problems of the region, the auditor identified infrastructure restrictions, the quality of public administration and the lag behind other regions in terms of quality of life.

For example, the long-term investment plans in the Far Eastern Federal District are hindered by the issue of energy. The legislation still does not fix the extension until 2028 of the regime of equalizing electricity tariffs for the Far East. The representative of the Accounts Chamber reminded the heads of regions of the need for the effective spending of federal funding for the reconstruction and development of social facilities in centers of economic growth.

The total amount received by the Far Eastern regions for these purposes amounted to 94,3 billion rubles. Money has to be spent on the construction of 493 facilities and the reconstruction of 329. Among them are hospitals, technical schools, apartments for doctors and teachers.

The opinion of Svetlana Orlova was supported by the head of the Ministry for the Development of the Russian Far East, Alexander Kozlov, who noted that in 2020 almost 26 billion rubles would have to be spent under this program. The auditor urged not to repeat mistakes in the construction of housing under social programs, when poor-quality pre-planned work, problems in planning and implementing investment programs in past years led to the appearance of abandoned facilities and long-term construction.