News 23 September 2020
The Republic of Sakha (Yakutia) 09:49 Medical workers of Yakutia were vaccinated against coronavirus
Jewish Autonomous Region 09:00 Interregional emergency mode is asked to be introduced in the Jewish Autonomous Region
08:30 The collection of applications for grants from Rostourism has begun


Primorsky Krai 08:10 Seamen from Primorye stuck in China do not receive wages for almost a year
Sakhalin Region 07:37 For the first time in 50 years, a military hospital is being built on Sakhalin
Trans-Baikal Territory 07:00 Poisoning of schoolchildren will be checked by the prosecutor's office in Transbaikalia
Chukotka 06:30 Since the beginning of the year, more than 16 tons of gold have been mined in Chukotka
Primorsky Krai 06:00 Recovered from coronavirus again became more than cases in Primorye


Sakhalin Region 05:30 New ambulance station will be completed ahead of plan on Sakhalin
05:05 The increased income tax rate will affect 1-2% of depositors
Chukotka 04:30 Regional tax incentives for investors adopted in Chukotka
Amur Region 04:00 Glavgosexpertiza approved the project of the cable car Blagoveshchensk - Heihe
Primorsky Krai 03:53 Primorye is “digitalized” according to the national project


Primorsky Krai 03:40 Policeman and assistant prosecutor detained for bribe in Primorye
Magadan region 03:10 The competition for the post of Mayor of Magadan will end in a month
03:00 Coronavirus in the Far East: information on the morning of September 23
Amur Region 02:30 The government will award the builders of the bridge to China from the Amur region
22 September 2020
Kamchatka 18:23 Three more residents have replenished the Kamchatka ASEZ


17:28 Banks in Russia began to transfer salaries by phone number
Khabarovsk Krai 16:48 A criminal case was opened against a bus driver in the Khabarovsk Territory
More news
Media News2

Rosselkhoznadzor called a possible cause of an ASF outbreak in Primorye 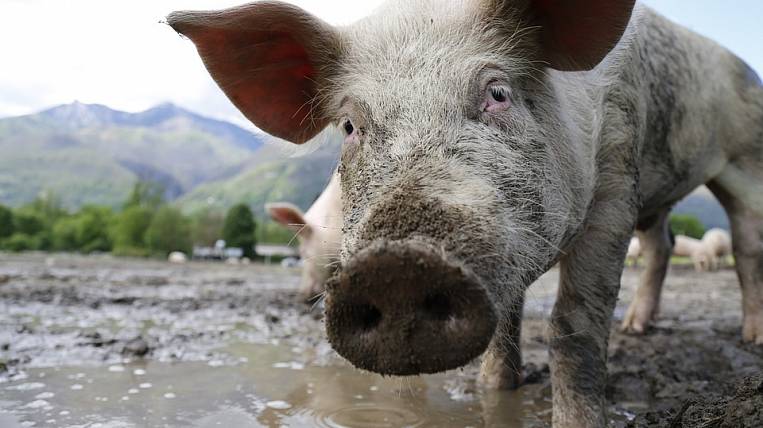 The regional Rosselkhoznadzor announced the possible causes of the outbreak of African plague in the Primorsky Territory. Experts believe that the virus could come along with wild boars, which moved to the region from the territory of the PRC.

“An analysis of the epizootic situation in the Primorsky Territory showed that the probable cause of the introduction of ASF virus into the region is the cross-border movement of infected boars from the PRC. The reason for the infection of domestic pigs in the farms of the Border region was a gross violation of the rules for keeping pigs, ”the statement said on the official website of the department.

Heads of regions bordering the PRC have been sent information letters about the need to tighten control over the maintenance of pigs in private farms. It is also necessary to re-register the number of domestic pigs and monitor the epizootic situation in the wild boar population.

In early August, in Primorye was Emergency mode entered due to an outbreak of African plague among pigs. Then the virus has spread and to the Amur region.

Young specialists will be paid extra for work in Primorye