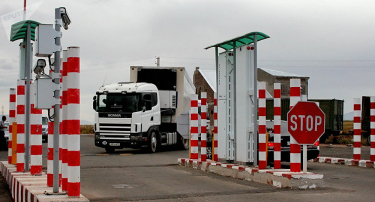 Border guards will have to work longer to eliminate queues from trucks in Kraskino in the Primorsky Territory. The working day at the Russian-Chinese border has been increased by three hours.

As EastRussia was informed in Rosgranstroy, now at the Kraskino-Hunchun checkpoint, queues of heavy trucks are gathering. As of Friday, there were 268 trucks at the border, although 205 of them were waiting in line at the Pogranichny checkpoint.

For Kraskino, the working hours are now set from 9:00 to 22:00, there will be no days off. This operating mode is set until October 31.

Traffic jams accumulate at Kraskino and Pogranichny regularly. To solve the problem of power introduced an electronic queue system, which partially helped to solve the problem. But, as EastRussia said, there was a place for scammers in Kraskino: they extorted money from truck drivers for unhindered passage. Court extortionists arrested, they asked for more than 100 thousand rubles from one car.