In Primorye, approved a plan for digitalization of the region 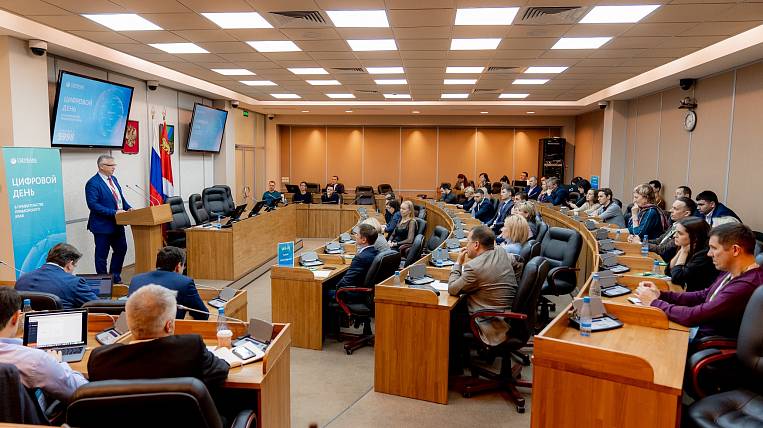 The Government of Primorsky Krai hosted Digital Day, which was attended by about 100 representatives of state and municipal authorities. They discussed the global trend - the digitalization of the economy, and also got acquainted with the modern digital services of the Sberbank ecosystem for solving infrastructure problems of the regions. The result was a roadmap for digitalization of the region, approved by the government and the bank.

According to the first vice-governor of Primorye - the chairman of the regional government Vera Shcherbin, digitalization applies to all areas of activity: education, healthcare, culture, etc. Despite the fact that the region is a leader in the Far East in digital development, the authorities want to use the experience of Sberbank to positively change the quality of public services.

“We have solutions for almost any issues that arise in the work of government today, and we are pleased to offer the competencies and technologies we have in digitalization to the Government of the Primorsky Territory. We have quite a lot of experience in interacting with the regions, for example, we have implemented the Amelia program in the government of the Magadan Region, which provides digital control over the supply of stationery and automobile transport; “The Mayor's Monitor” is already operating in Kamchatka, which allows controlling the activity of road cleaning equipment, ”said Dmitry Sukhoverkhov, Chairman of the Far Eastern Bank of Sberbank.

According to the bank’s press services, a number of initiatives proposed by Sberbank are already being implemented in Primorye. Since last year, a project has been successfully implemented to automate the system of payment for travel in public transport in Vladivostok, and plans are to launch the system in other large cities of the region. Another supported project was proposed by a subsidiary of Sberbank Settlement Solutions JSC. Cloud billing of BRIS housing and communal services makes it possible to ensure transparency of charges in the housing and utilities sector, which increases the level of security and reliability, availability and quality of the services provided.

“The platform allows you to transfer meter readings remotely, by refusing paper receipts, through a mobile application, it has a multifunctional personal account, which will display all payments and charges for housing and communal services in the format of a single payment document,” commented the managing director of the housing and communal services division of JSC Settlement Decisions »Alexey Makhov.

Specialists at the conference paid special attention to digitalization of social spheres. The projects of Sberbank's subsidiary companies “Video Surveillance” and “Voice Services” are aimed at improving security in educational institutions and throughput in medical institutions.