In Primorye, the incidence of COVID-19 among transport workers has sharply increased 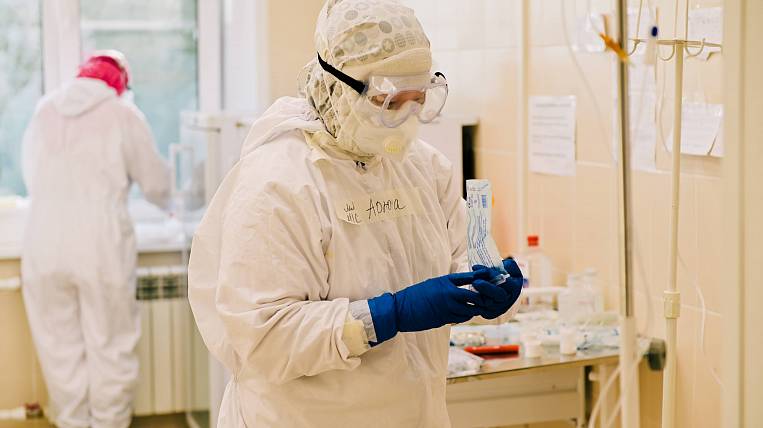 Photo: egov-buryatia.ru
The sanitary authorities of the Primorsky Territory recorded a serious increase in the incidence of coronavirus infection among employees of the transport sector of the region. In a week in this industry, the number of cases has tripled.

An increased incidence is also noted among employees of cultural, leisure facilities and among those employed in the industry of providing services to the population - in this area, there is a twofold increase in new cases of COVID-19 in seven days. As the head of the territorial department of Rospotrebnadzor Tatyana Detkovskaya noted, high rates are also observed among teachers and educators, as well as in the field of trade. She noted that at the same time in the education system a little more than 37% of employees were fully vaccinated, and even less in transport - a little more than 32%. “Among employees of organizations providing services - 55,8%, in healthcare - 68,4% ", - said Tatiana Detkovskaya.

Yuri Poshivaiko, chairman of the Primorsky Trade Union of Road Transport and Road Industry Workers, told EastRussia that he shares the concern of Rospotrebnadzor and said that in those organizations where trade union cells operate, all available measures are being taken to prevent the spread of COVID-19, and only isolated cases. At the same time, there are many small transport companies, carriers, where there is no trade union, or it has a nominal character, therefore it is extremely difficult to ensure the protection of workers in these structures. “But be that as it may, it is necessary to observe restrictions as far as possible, although in transport, on a bus, for example, where there are many passengers it is very difficult to do this, and it is very difficult to persuade people to get vaccinated,” Yuriy Poshivaiko said.

The cultural workers' trade union is calling for the same approach. “We all remember the lockdown time too well, when cultural institutions, museums, cinemas were closed and deprived of the opportunity to conduct economic activities,” Lyudmila Kalinina, chairman of the Primorsky regional organization of the All-Russian Trade Union of Cultural Workers, told EastRussia, “it was a very difficult period. First of all, the employees suffered. Yes, they received help from the state, but the lack of visitors, limited occupancy deprived them of their usual earnings. Once again, such a situation should not happen, and now there are all possibilities to avoid its repetition. "
According to the Primorsky branch of Rospotrebnadzor in the region, it was planned to vaccinate 901 people - 756% of the population over 60 years old. In the meantime, the first injection was made by about 18% of the region's residents, and about 30% have completed vaccination. Based on the rate of incidence, the regional authorities introduced compulsory coronavirus vaccination for certain categories of citizens. Governor Oleg Kozhemyako also instructed to form the necessary package of documents for the preparation of a resolution of the regional government, according to which it will be possible to get to catering places and other public institutions of Primorsky Krai only by QR codes.
In parallel, in Primorye, vaccinations against influenza are being carried out. Residents of the region can get vaccinated for free in all budgetary clinics. In the region, the state program "Development of healthcare in the Primorsky Territory" is being implemented, designed for the period from 2020 to 2027.