More sharks and rays in the Sea of ​​Okhotsk 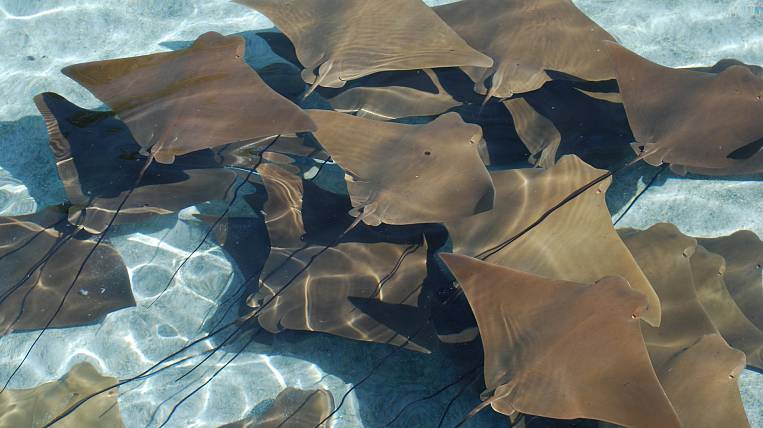 Studies by scientists from Tomsk State University and the Institute of Oceanology of the Russian Academy of Sciences have shown that there are now more sharks and rays off the coast of Sakhalin. Such "migrants" appeared in the Sea of ​​Okhotsk, the Sea of ​​Japan and the Pacific Ocean due to the warming of the water.

According to the press service of the university, about 40 species of tropical cartilaginous fish are now observed in the water area of ​​the island. The researchers analyzed literature data over the past 200 years, and also used their own long-term observations.

More often sharks and rays began to appear in the Far Eastern seas, which usually live in tropical and subtropical waters. Among the sharks, for example, the whale shark, the seven-gill, the milk fox and the red fox have been recorded. This is caused by a significant warming up of the water: as soon as the temperature rises, these animals strive to master new water areas.

At the same time, scientists believe that these species, new to the Far East, need to be protected. Due to prolonged puberty and non-annual reproduction, they can be completely exterminated during fishing. At the same time, cartilaginous fish are now protected all over the world, but Russia has not yet joined this work.