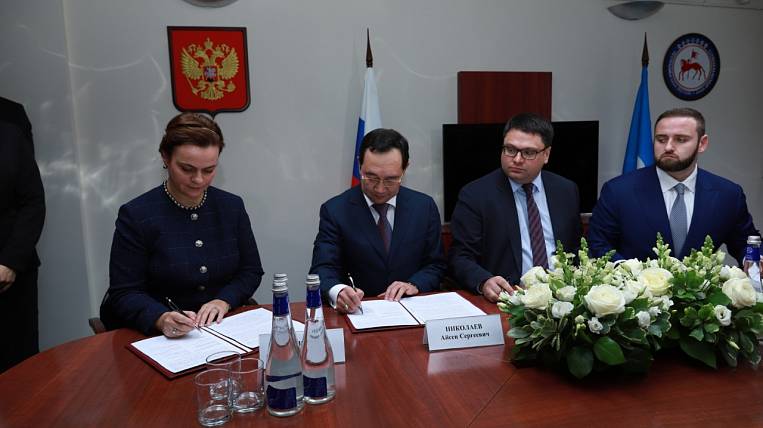 Photo: LLC UK Colmar
The Kolmar investment project for the construction of a residential quarter in the city of Neryungri in Yakutia found support from the Minvostokrasiviya, the regional government and Gazprombank. A quadripartite cooperation agreement was signed during the festival Days of the Far East in Moscow.

The coal mining company sells the construction of a residential neighborhood for two thousand apartments at its own expense, and expects to receive infrastructure support from federal and regional authorities. The Government of Yakutia has committed to co-finance the design and construction of the social and engineering infrastructure of the quarter as part of state programs.

Gazprombank will act as a financial construction partner and will provide preferential credit terms to future residents. In the Far East, a mortgage has been launched under 2%, which can be used by employees of a coal mining company to purchase apartments in the new complex.

The project will be fully implemented before the 2022 year. As noted in the Ministry of East Development, it meets the goals of the state program "Social and Economic Development of the Far Eastern Federal District" and suggests that people who work in modern production facilities in the region will live in comfortable conditions. The construction of a microdistrict in Neryungri will allow attracting qualified personnel to the coal mining industry of Yakutia. In the coming years, Colmar intends to increase the number of jobs at its enterprises in the republic from 4,8 to 9 thousand people. The first houses for them will be commissioned next summer.