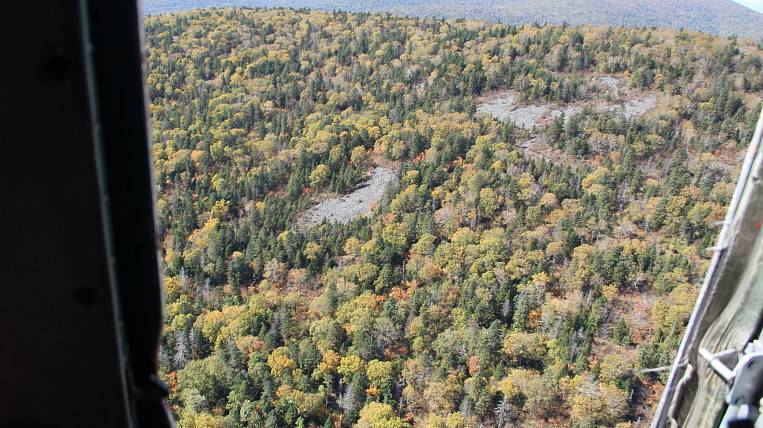 In the Khabarovsk Territory, rescuers have specified the place of the fall of the An-26 aircraft. Wreckage found from the air on the Khrebtovaya mountain, the height of which is 900 meters. So far, nothing is known about the fate of the crew.

According to the press service of the Main Directorate of the Russian Emergencies Ministry for the Khabarovsk Territory, the wreckage was found by a Mi-8 helicopter that took off in the morning. The ship itself will not be able to land at the crash site - there are tall trees in this area, wind gusts now reach 18 m / s. The landing of rescuers has also not been possible yet. The ground group of the Ministry of Emergency Situations, investigators and other supervisory agencies moved into place. Almost 140 people and 35 pieces of equipment were involved in the search operation.

According to EastRussia, a source close to the investigation, the flight was ordered by air navigation. The crew had to test the systems for manual landing of aircraft. Khabarovsk among six crew members was not on board.

Aircraft An-26 disappeared from radar 38 kilometers from Khabarovsk at about 18:45 Khabarovsk time on September 22. The rescue operation began yesterday, but because of the fog, rescuers could not conduct reconnaissance from the air... The Mi-8 helicopter took off in search this morning. At night, groups of rescuers worked on the ground, but the plane could not be found.