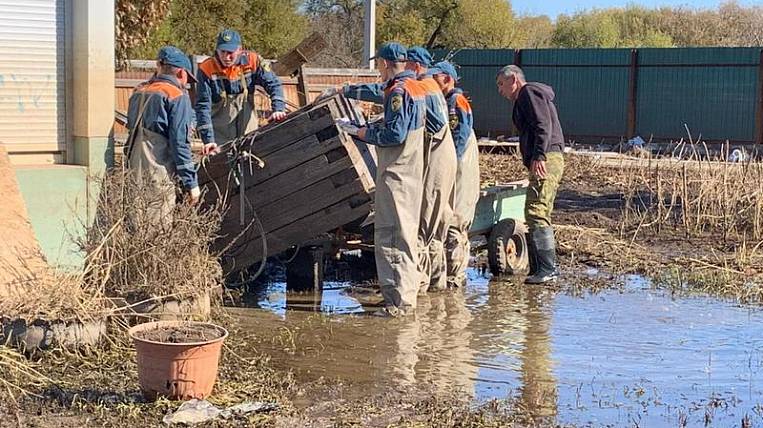 As the press service of the regional GU EMERCOM of Russia informs, over the past 24 hours the level in the river has decreased by 15 cm. 13 houses and five household plots in the Khorpinsky district have been freed from the water. Dozens of private farmsteads remain flooded, and in the Komsomolsky district - nine road sections.

Roads and household plots remain flooded in the Troitsky, Nikolaev and Ulchi regions of the region. As for Khabarovsk, over the last day the Amur level there has decreased by 18 cm and amounts to 298 cm. In the next two days, hydrologists predict a decrease in water by another 30-40 cm.

The flood in the region began in late July. His main blow fell on Khabarovsk and Komosomolsk-on-Amur. Previously reportedthat in the city of Youth, the number of victims increased. The list was supplemented by 11 thousand residents of apartment buildings, whose cellars and adjoining territories were flooded.

The head of Komsomolsk: the situation with COVID-19 in the city is alarming