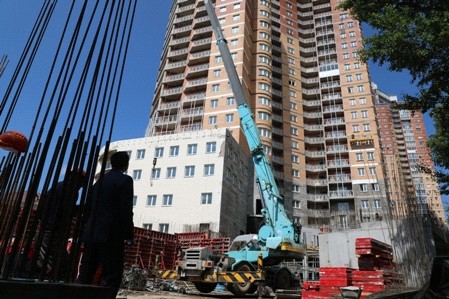 Two long-term construction projects were commissioned in Khabarovsk. Interest holders have been waiting for one of them on Cossack Mountain for 12 years. Housewarming there should celebrate more than 120 families.

The skyscraper in the Kirovsky district was completed only after attracting the third developer in 2019. The first two of their obligations could not be fulfilled, despite the attraction of state guarantees for a new credit line. According to the press service of the regional government, permission to put the house into operation was received on November 29.

Another high-rise building at the intersection of Pavel Morozov and Kubyak Streets was started by Dalspetsstroy, and its successor completed it. Apartments in the house will receive 18 interest holders before the end of this year.

Now in the region there are still several long-term construction projects. Tender procedures have been initiated with respect to four developers who build houses in the area of ​​Rokosovsky Street, at the intersection of Turgenev, Komsomolskaya and Amursky Boulevard and in the area of ​​Second Portovaya Street in the Krasnoflotsky District. Investors have already been found to complete these facilities.

Accounts Chamber: there will be more deceived equity holders in Russia