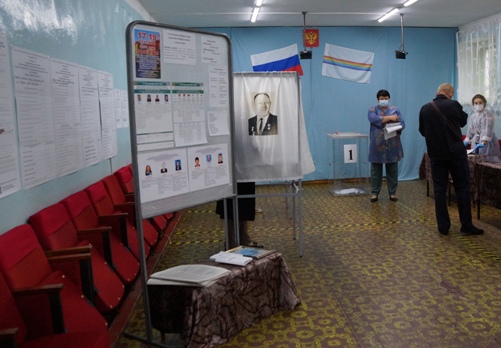 After processing 81% of the protocols in the elections to the State Duma in the Jewish Autonomous Region, United Russia wins by a large margin. The situation is similar when counting votes for candidates to the local Legislative Assembly.


According to the Election Commission of the Jewish Autonomous Region, after processing 148 of 183 protocols, United Russia PEC gains 57% in the elections to the State Duma. The Communist Party has 18,61%, the Liberal Democratic Party has 8,01%. In the single-mandate constituency, the leader of United Russia is Alexander Petrov with 54,58%. The turnout for the elections to the State Duma was 63,44%.

At the elections to the Legislative Assembly of the EAO, candidates from "United Russia" are also ahead. They won in all nine single-member constituencies.

With an intermediate result of 53,23%, United Russia is also in the lead according to party lists. The Communist Party of the Russian Federation is gaining 18,73% of the vote, the Liberal Democratic Party - 8,98%, the Direct Democracy Party - 5,75%, A Just Russia-Patriots-For Truth - 5,02%.