Passenger bus collides with a heavy truck in EAO 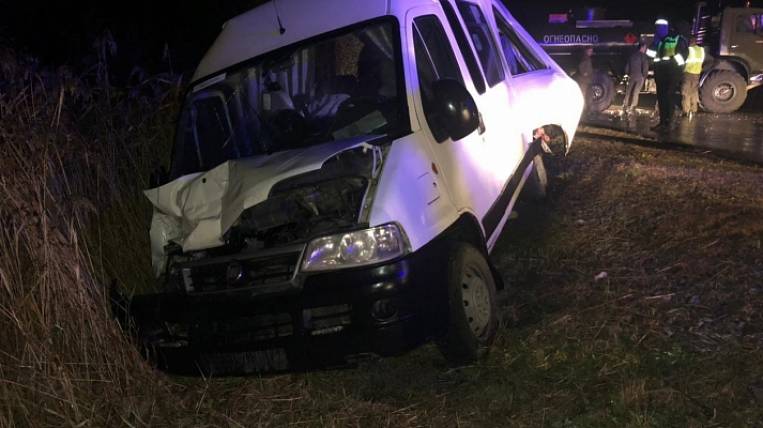 Photo: traffic police of the Ministry of Internal Affairs of the Russian Federation for the EAO

In Jewish Autonomy, a serious accident occurred with the participation of a passenger bus. Minibus, in which the passengers were, collided with KAMAZ. Four people were injured.

According to the press service of the regional traffic police, the accident occurred on the Chita-Khabarovsk highway. The minibus operated a flight from Birobidzhan to the village of Priamursky. The driver decided to make an overtaking, during which the Fiat collided with a heavy cargo ship traveling in a convoy.

The first blow was followed by the second. The created obstacle on the road led to the fact that the next KAMAZ crashed into the bus, after which the minibus flew into the ditch. As a result, four passengers were injured.