08:00 Hungary is the first in Europe to open borders for Russians
Trans-Baikal Territory 07:43 Quarantine for visitors from abroad was canceled in Transbaikalia
Khabarovsk Krai 07:31 VTB provided over 800 million rubles to the business of the Khabarovsk Territory at 2%
The Republic of Sakha (Yakutia) 07:14 The outbreak of COVID-19 occurred in a neuropsychiatric boarding school in Yakutia
Khabarovsk Krai 07:07 Five patients with COVID-19 died per day in the Khabarovsk Territory


The Republic of Sakha (Yakutia) 06:55 Two people with coronavirus died in XNUMX hours in Yakutia
06:41 Kudrin: Russia's economy is stagnant
Khabarovsk Krai 06:29 Residents of the Khabarovsk Territory were asked not to allow riots
06:07 Sberbank has developed a massive update of its application
Trans-Baikal Territory 05:53 An elderly man with COVID-19 died in Transbaikalia


05:42 Employees on the "remote" offset the cost of work
Irkutsk Region 05:24 The number of cases of COVID-10,5 in the Angara region approached 19 thousand
Magadan region 05:13 The fifth patient with coronavirus died in the Magadan region
05:08 Coronavirus vaccine tests completed in Russia
The Republic of Buryatia 04:51 The number of cases of COVID-19 exceeded 3,4 thousand in Buryatia

In Aleksandrovsk-Sakhalinsky introduced the emergency mode 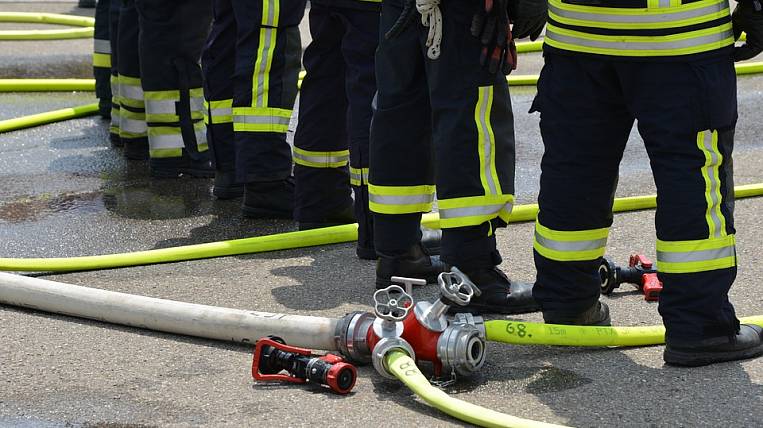 In the city of Aleksandrovsk-Sakhalinsky, a regional emergency mode was announced. On the night of September 18, there was a fire in an apartment building, there were no casualties and injuries, but some of the residents were temporarily deprived of shelter.

According to the press service of the regional government, a special regime will allow us to quickly begin the overhaul of the roof. Now emergency repair work is underway in a house damaged by fire.

Eight heat guns and three industrial dehumidifiers were allocated from the warehouse of the regional material reserve. Also now, the authorities are busy assessing material damage.

Kindergarten in Sakhalin evacuated due to smoke

The earthquake occurred in the Kuril Islands