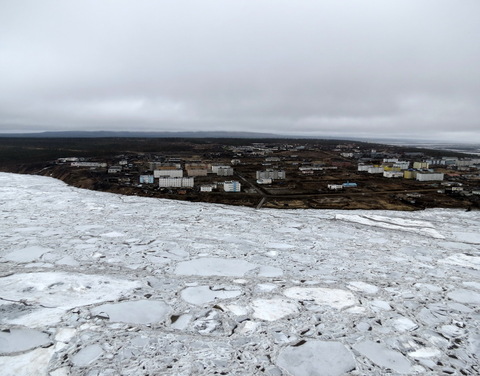 Last night, the water level on the Kolyma River in Yakutia exceeded the dangerous mark of 12 meters. Due to the ice drift there was a congestion in the Lobuya area. The runway of the airport of Srednekolymsk turned out to be flooded.

According to the government of the republic, the congestion created an ice floe with an area of ​​about one square km. To split it, experts carried out five explosions, and spent four tons of explosives. Part of the ice mass was broken, a gradual decrease in water level is observed.

Blasting operations will continue. After eliminating the congestion, the water should return to the usual marks. Earlier in Yakutsk introduced Emergency mode due to the flood on the Lena River. Near the city, the water level exceeded the dangerous mark by 14 cm, in Kangalassi - as close as possible to it. Several houses were flooded.