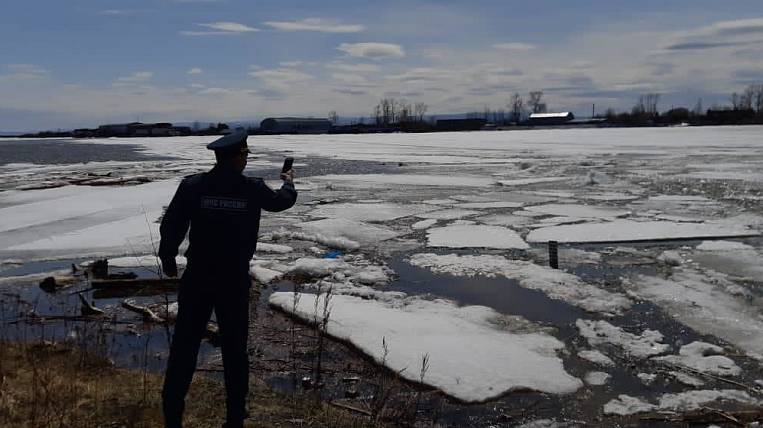 According to the press service of the Main Directorate of the EMERCOM of Russia for the Khabarovsk Territory, now the flood is taking place near the village of Takhta, Ulchsky District. Rescuers predict an excess of the water level by 30-60 cm to 650-680 cm with a dangerous phenomenon level of 550 cm.As of May 10, the water level was 630 cm.In Nikolaevsk-on-Amur, in the coming days, the level will increase by 0,7-1,2 meters up to 380 cm. Dangerous phenomenon - 380 cm.

After the snow melted near the village of Mago, 34 household plots and one section of the road were flooded. Employees of the rescue squad of their Nikolaevsk-on-Amur, inspectors of the State Inspection Service (GIMS) are on duty at the site: only 22 people and six pieces of equipment. A temporary accommodation center has been prepared, but so far no one has used it, rescuers are conducting a round-the-door round.

In total, ten sections of local roads and eight land plots have been flooded in the Ulch district. The hydrological situation is monitored around the clock.

High alert announced due to flood threat in Amur region

Residents of flooded areas are evacuated to Transbaikalia