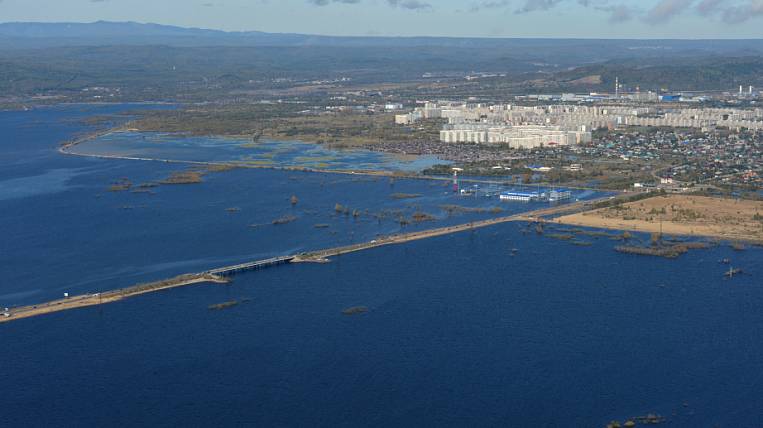 The level of the Amur near Komsomolsk was measured at around 704 cm.According to the forecasts of hydrologists, on October 1-2, the flood ridge will approach the city and the river will rise to 710-720 cm.

According to the press service of the government of the Khabarovsk Territory, now the crest of the flood is leaving Malmyzh. The water level either decreases or rises by three to five cm. In Komsomolsk-on-Amur, they are preparing for the maximum values ​​of the water level.

So far, two private houses and more than 70 household plots in the villages of Horpinsky, Parkovy and Malaya Hapsol have been flooded in the city. The flood zone also hit 268 summer cottages and the building of the yacht club, in 39 apartment buildings, three kindergartens, a drama theater and the Palace of Children and Youth Creativity, water entered the basements.

In preparation for the flood, the builders removed more than four thousand cubic meters of soil for filling dams and repairing protective structures. From the side of Lake Mylkinskoye, the roadside was strengthened. Pumps are installed on all streets where water has appeared: there are 20 units of such equipment in the city, which pump up to 13,5 thousand cubic meters of water per hour. Volunteers additionally prepared 13 thousand sandbags.