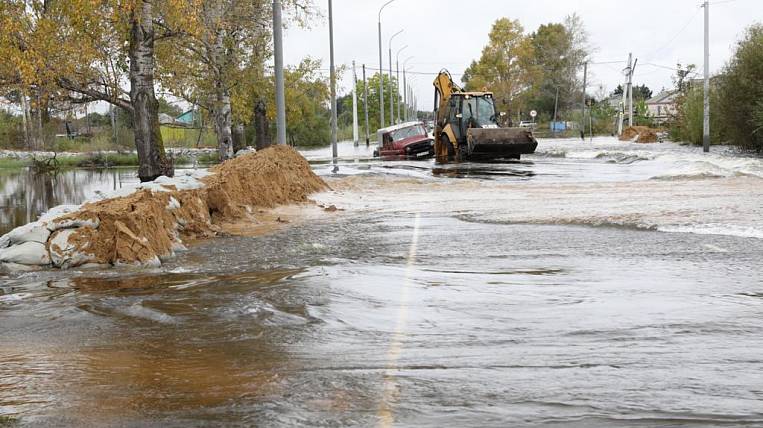 The level of the Amur River continues to rise in the Leninsky District of the Jewish Autonomous Region. Today the water has reached 971 cm. The border of the dangerous phenomenon is 8,5 meters.

According to the press service of the government of the Jewish Autonomous Region, local rescuers, police officers and volunteers, as well as specialists of the Amur Region - more than 900 people and 123 pieces of equipment are involved in the elimination of the emergency.

Currently, the passage of cars to the village of Leninskoye is limited. Four road sections were re-washed on the territory of five kilometers. The evacuation of the population continues. To transport people, they use heavy equipment and watercraft. There are 24 people in the temporary accommodation center, including seven children. In total, nine streets, seven residential buildings and 84 household plots fell into the flood zone. Students of the local technical school were sent home, the educational process was stopped.

Water seepage on the dam continues. According to the forecasts of the Ministry of Emergencies, the maximum level of water rise is expected to be up to 980 cm. Further, the flood ridge should go downstream to the Smidovichi district. Bank protection works are underway there, embankments and dams are being erected.

From September 14, after the dam was broken in the village of Leninskoye, regional emergency mode... From last week because of rains, floods began in the Jewish Autonomous Region. In the region, 186 household plots and 280 summer cottages, five residential buildings remain flooded. In the neighboring village of Nizhneleninskoe, water entered the territory customs and border checkpoint. Evacuated more than 60 people who were placed in a temporary residence center.